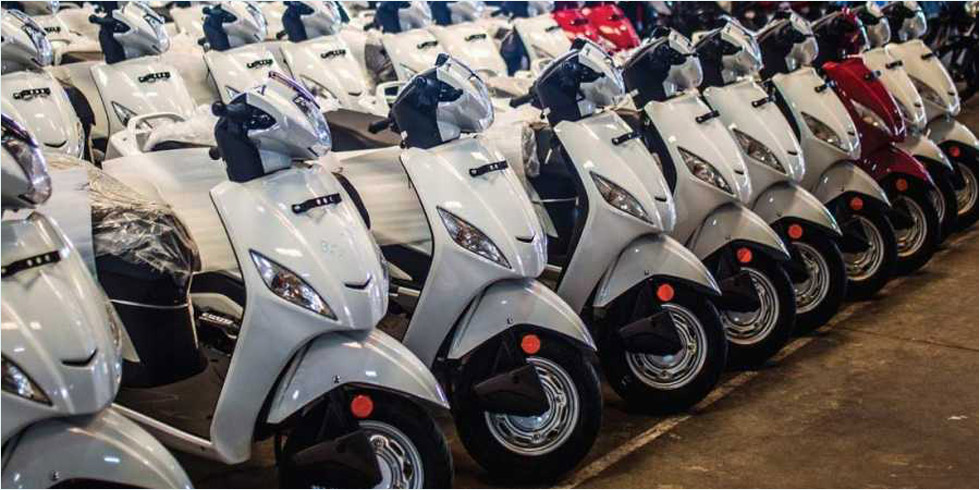 Two-wheeler exports increased by over 4% in the April-September course of the current financial year, with Bajaj Auto leading the segment by shipping over 900,000 units to various markets, including Africa and Latin America, as per current data by industry body SIAM.
Bajaj Auto exports its motor bikes to over 70 countries and last year dispatched around 40% of its total production to Latin America, Middle East and Africa markets. The company exported over 20 lakh units last fiscal.
Two-wheeler dispatches, including scooters, motorcycles and mopeds, ranks at 17,93,957 units in the first half of the current budgetary, as compared to 17,23,280 units in the same period of 2018-19.
Motorcycle shipments, however, increased by 6.81% during the period at 15,85,338 units as against 14,84,252 units earlier.
On the other hand, exports of mopeds were down by a colossal 44.41% at 7,342 units as compared to 13,207 units in April-September period last year.
Bajaj Auto based in Pune lead the segment with shipments of 9,34,581 units, up 7.5% from same period last financial year, the data showed by the Society of Indian Automobile Manufacturers (SIAM).
TVS Motor Company exported 3,43,337 units in the April-September period this budgetary, up 6.24% from same period last budgetary. On the other hand, HMSI's overseas dispatches were 23.09% lower than the April-September period of last financial year.
India Yamaha Motor exported 1,56,058 units, up 21.38% from last budgetary. It was pursued by domestic market leader Hero MotoCorp at 92,823 units. The company's overseas shipments were 12% down this financial year as compared with the same period of 2018-19.
Suzuki Motorcycle India's International dispatches place at 54,372 units, up 35.61%.Other eminent exporting companies during the period included Royal Enfield (22,956 units), Piaggio Vehicles (14,050) and Mahindra Two Wheelers (297).