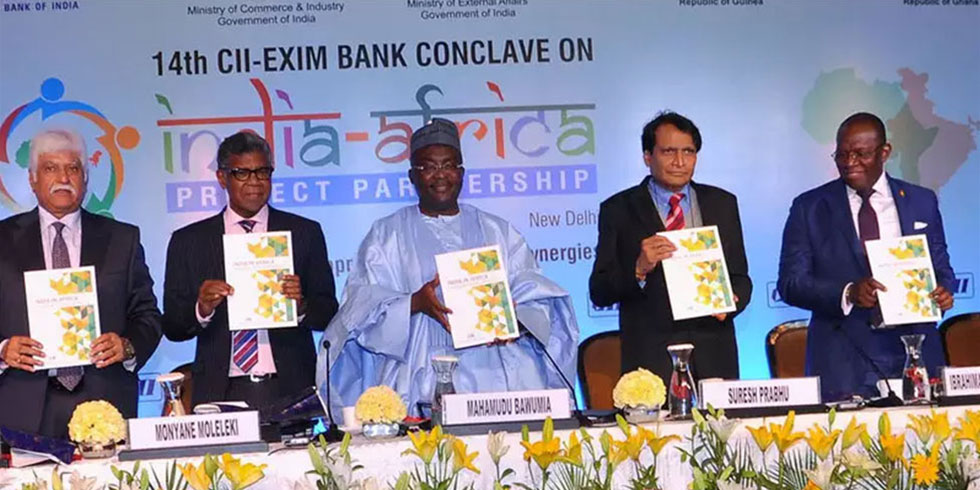 Speaking on the occasion, Commerce Secretary Anup Wadhawan said the Commerce Ministry was working on a “comprehensive strategy” to boost India-Africa trade.

In 2017-18, India-Africa bilateral trade was about $63 billion, higher than $52 billion in the previous fiscal.
The potential for trade and investment ties is much more and there is also need to expand the bilateral trade basket, Wadhawan added.
India has proposed to Africa that both sides should work towards entering into a free trade agreement (FTA) or a preferential trade agreement (PTA) to intensify and boost their economic relationship in a new global trading order.
This suggestion came from Suresh Prabhu, Minister for Commerce and Industry and Aviation, during his address at the 14th CII-EXIM Bank Conclave on India Africa Project Partnership in the Capital.
He said, “We have a common future. We don’t want to do anything at the expense of Africa. We want you to get into an FTA (with India) that will benefit Africa first."
Prabhu said the proposed FTA should look to first benefit Africa and help increase its share in the global market place.
He further said that, both India and Africa have to work together to take advantage of the new global trading order.
He also said both the countries need to become economically self-reliant and work for economic freedom and economic freedom can be realised through industrialisation and creation of jobs.