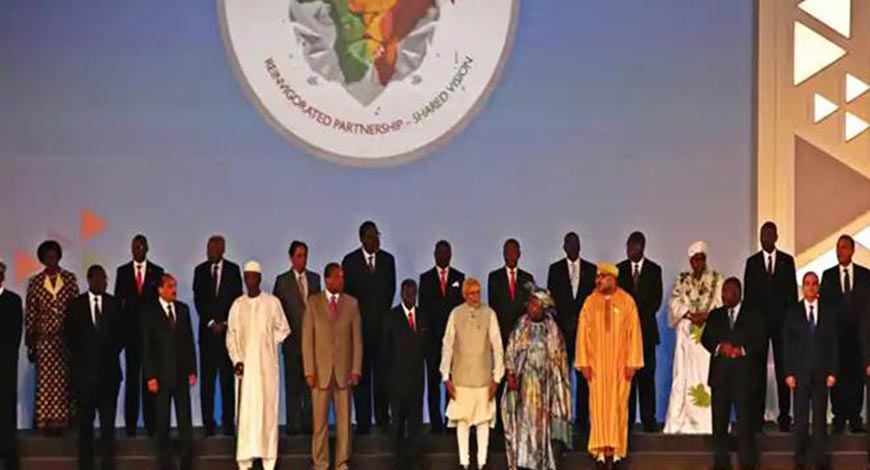 With the African Continental Free Trade Area Agreement (AfCFTA), the continent will become the largest free trade area in the world and this will provide India another opportunity to boost trade and economic ties with Africa.

Having comprehensive diplomatic mechanisms at all three levels – continental, regional and bilateral and through multilateral fora, India and Africa are looking at ways to cooperate in the Indian-Ocean Rim Association (IORA) and other groupings in the Indo-Pacific region, says a top official.

Underlining the significance of the growing development cooperation between India and the African countries, TS Tirumurti, Secretary (ER), MEA has said India-Africa partnership is going to be an important and a defining partnership towards addressing the challenges of the changing world.

Suggesting that there is immense potential for deepening India’s engagement with Africa, Tirumurti said that India’s partnership with the continent is demand driven and is based on a model of cooperation which is responsive to the needs of the African countries. India hopes to build a genuine partnership with Africa, he added.

Speaking at the Africa Day round-table discussions on ‘India-Africa Partnership in a changing world’ at the Institute of Defence Research and Analysis (IDSA), Tirumurti said that Prime Minister Narendra Modi has underlined, African priorities are India’s priorities.

With the African Continental Free Trade Area Agreement (AfCFTA), the continent will become the largest free trade area in the world and this will provide India another opportunity to boost trade and economic ties with Africa.

Ranked as the third largest export destination in Africa, India is sourcing nearly 18% of its crude oil and also its LNG requirement, mostly from the West African region to meet its energy needs. India has also become the fifth the largest investor in Africa with cumulative investments at over $54 billion.

A midterm review with the African Union counterparts is scheduled to take place in New Delhi later this month. Where the two sides will review the progress of India’s offer of $10 billion for development projects over the next five years and grant assistance of $ 600 million made during the 3rd India-Africa Forum Summit.