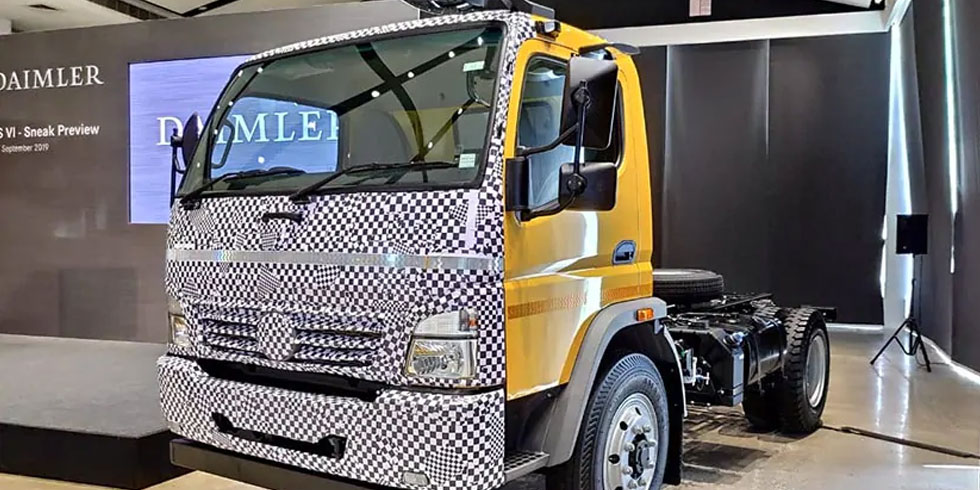 Daimler India Commercial Vehicles gave sneak preview of its first Bharat Stage (BS6) docile vehicles for the Indian market. The company has showcased its first BS6 truck, the BharatBenz 1217 tipper truck and the very popular Glider 12-metre coach. Daimler India was the first OEM to get BSVI certification for a heavy vehicle in India, and the company says that it has already sold over 1.4 million vehicles globally with EURO VI emission technology, which is similar to the upcoming BS6 tech.

Speaking the company's BS6 models preview, Satyakam Arya, Managing Director and CEO, Daimler India Commercial Vehicles (DICV), said, "Daimler's experience of already bringing 1.4 Million EURO VI trucks and buses on the roads means we are comfertable to transit our BharatBenz trucks and buses to BS-VI by the April 2020 deadline. With this head start, we will start exporting India-built trucks by 2021/2022."
While the technical requirements of the engines are not released yet, however, compared to the BS4 compliant model, these new BS6 models come with the extra After Treatment System (ATS). The system originally uses a series of components that cleans the diesel exhaust emitted by the engine before releasing it through the tailpipe to the outside air, and reduce the emission of harmful pollutants into the environment. In fact, Daimler says that its BS6 engine now emits 92 per cent nitric oxide (NOx) and 90 per cent less particulate matter (PM).
The company has made a total investment of around Rupee 500 crore to localise their EURO VI technology for India for making their products BS6 compliant. In fact, the commercial vehicle manufacturer has done about 20 lakh kilometres of testing, developed new facilities, and added over 1000 new parts to make this conversion happen. Daimler India also endorse that it was able to achieve a local rate above 80 per cent on its BS6 models, and focuses on to extend that to 90 per cent in the future.
Talking about export opportunities Arya added, "The transition to BS-VI expands more opportunities to export fully-built vehicles, engines and parts to countries like Mexico, Chile and Brazil that will soon shift to similar emission norms. This further will boost India's position as a global production network for Daimler Trucks and Buses." The company will start exporting its OM926 engine series internationally by 2021/22.