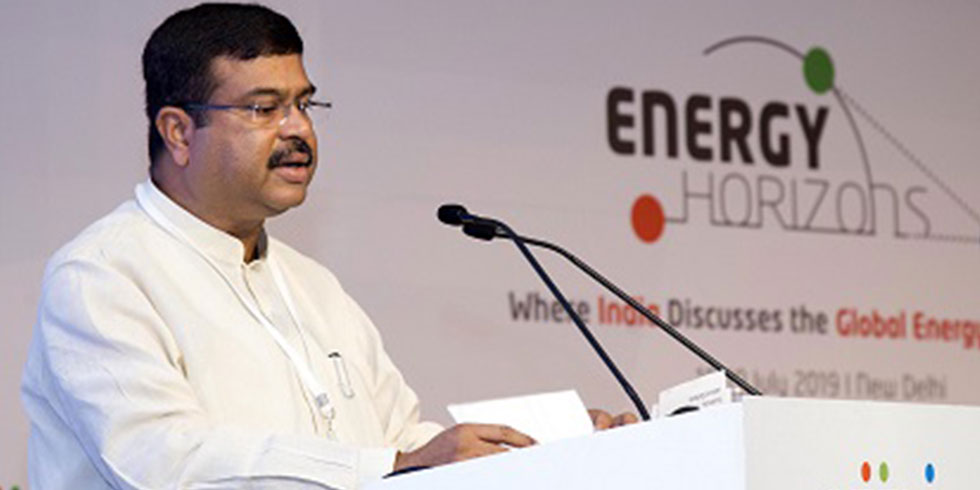 According to Petroleum minister Dharmendra Pradhan  the country’s oil and gas sector is at present seeing investments worth around Rs 5 trillion in exploration, distribution, marketing, regasification, pipeline network laying.
Through the latest policy push on exploration sector, the minister expects the domestic natural gas production to increase by around 20 per cent from 32.87 billion cubic metres (bcm) in 2018-19 to 39.3 bcm by 2020-21. With consumption too on upward trend and new city gas distribution (CGD) networks coming on stream, investments are set to come in liquefied natural gas (LNG) with the capacity to be augmented from 38.8 million tonne per annum (MTPA) to 52.5 MTPA in the next three to four years.
He said long-term contracts have been inked for importing LNG, and its sources are being diversified. Addressing the media on the sidelines of the start of work for the 10th CGD bidding round, the minister said that the government may look at renegotiating its long-term LNG deals. India is also in the moment of adding 14,788 km in its existing gas grid covering 16,788 km. Pradhan said India is the world's third-largest energy consumer, and will become top consumer in a decade.
The tenth round of bidding covered 50 Geographical Areas (GAs) in 124 districts. These GAs are likely to introduce investment of Rs 50,000 crore and creat significant direct and indirect employment in the country. Major companies that got GAs during the round include Adani Gas, Bharat Gas Resources, Gail Gas, Indian Oil Corporation and Indraprastha Gas. These GAs have committed work programme of more than 3,500 condense natural gas stations, 20 million piped natural gas connections and 58,000 inch-km of steel pipeline over a period of eight years.
After the completion of the 10th round, over 70 per cent of the country’s population and 52.73 per cent of the area will be enclosed under the CGD. The present share of gas in the energy mix in the country is 6.2 per cent compared to 24 per cent globally, and the aim is to grow its share to 15 per cent by 2030, he said. The Minister added that with rising consumption of energy in the country, the share of CNG will increase very much. He said the country will continue to gear up multiple sources of energy, including fossil fuels, renewables, EVs and gas. The government has already launched hydrogen fuel-driven vehicles in the national capital and several auto makers have already introduced new CNG models.