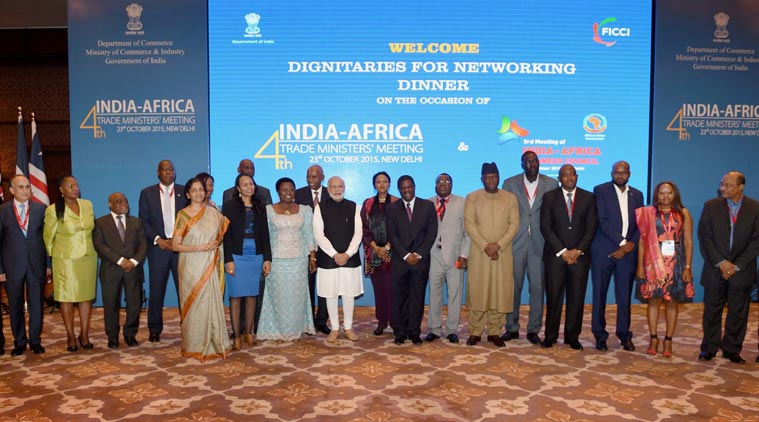 In a subtle message for china, India stated that its partnership with Africa is free of conditionality and based on demand-driven. T S Tirumurti, Secretary (Economic Relations ), who is now in charge of India's relations with Africa said that India's partnership with Africa is based on a model of cooperation, which is driven by the demand of African countries. This free of conditionality relationship is based on historical ties, friendship, and respect for deep solidarity.

There has been intense political engagement between these two countries with around 29 visits to African countries at a level of Prime minister, President, Vice-President, and several other ministers. Subsequently, India has hosted around 35 leaders from Africa to attend various events in the last five years. With an unprecedented level of relationship, India has already opened six out of 18 additional missions in Africa.

Today India is not only a bilateral trade partner with Africa, but it has a comprehensive diplomatic relation at continental, regional and bilateral levels. In spite of having summits (IAFS I, II, III), India had three meetings with REC (Regional Economic Communities) of Africa to enhance the cooperation between two countries.

The Bilateral trade between India and Africa has multiplied in the last 15 years. With USD 62.16 billion bilateral trade in 2017-18, which is an increase of 21.56 percent from the previous one, India becomes the third-largest exporter to African countries. India sources around 18% of its crude oil and LNG from West African countries. Introduction of DFTP (Duty-Free Tariff Preference Scheme) has helped many African Least Developed Countries (LDCs) to progress in its export.