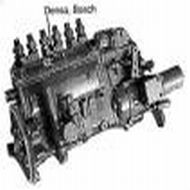 Indian subsidiary of German automotive major Bosch Ltd posted a net profit of Rs.234 crore for the third quarter (July-September) of 2013, registering a 16 percent growth from the same period in 2012.

"Net sales and income from operations, however, grew marginally 3.6 percent year-on-year (YoY) to Rs.2,104 crore during the quarter under review (Q3)," the city-based company said in a statement Tuesday.

Export revenue increased 20 percent YoY mainly due to rupee depreciation during the quarter.

"Sales during third quarter were better than same quarter last year, which was sluggish. Weak consumer demand, currency impact and slowdown in the automotive market have led to a sequential decline in our sales operations from second quarter (April-June)," Bosch India managing director Steffen Berns said in the statement.

"In the automotive segment, sales of starter motors and generators grew in double digit, while aftermarket managed a modest growth and diesel systems declined due to weak demand in the commercial vehicle and passenger car segment," Berns said.

The non-automotive segment, including power tools, packaging technology and energy business continued good growth during the first three quarters of this year, increasing their presence in the domestic market.

"Our efforts to improve operational efficiency have yielded positive results in difficult market environment. During festive season, though consumer sentiment is expected to improve, it will not be enough to generate a turn around in overall business," Berns pointed out.