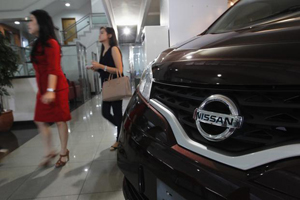 Commenting on the new milestone achievement, Mr. Kenichiro Yomura, President, Nissan India Operations said, “I congratulate our employees at Nissan India on reaching the 300,000 vehicle export milestone. We couldn’t have achieved this milestone in such short period of time without their dedication and commitment. I would also like to thank the Ennore Port authorities for their supporting our export commitment. This milestone underscores our manufacturing capabilities at our world class facility here in Oragadam, near Chennai.”

In 2008, Nissan had signed its first MoU with Ennore Port Ltd. (EPL) to export its vehicles to various countries. In July 2013, the agreement between Ennore Port and Nissan was upgraded to include more parking space and priority handling of vehicle units inside the port. This agreement is valid for the next 10 years.

Nissan set up a manufacturing plant at Oragadam near Chennai in 2008 with an investment of INR. 45 billion over a period of 7 years, operates in full compliance with the Alliance Global Manufacturing Processes and Quality Standards. On March 17, 2010, the Renault Nissan Automotive India Pvt. Ltd. Manufacturing plant (RNAIPL) was inaugurated in a record time of 21 months and remains the cornerstone of the Renault Nissan Alliance’s plans for India and for establishing a meaningful presence in high-growth markets like India – while keeping pace with rapid changes in the world’s auto industry.