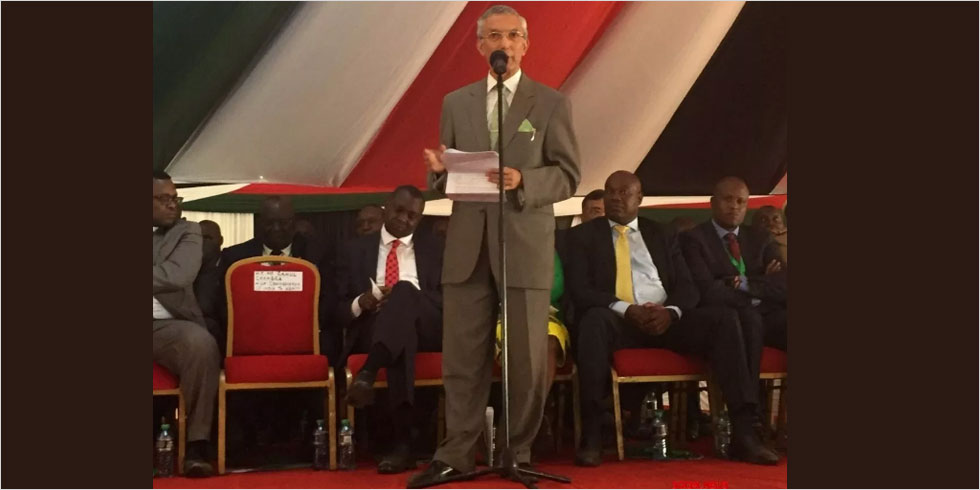 Indias High Commissioner to Kenya, Rahul Chhabra, said, "India has emerged as a key player in Kenyas healthcare sector and needs to build on this."

Chhabra told IANS in an interview, "The Indian healthcare industry has established its roots in Kenya. Indian hospitals have begun investing not only in Nairobi, but also in other cities and could boost their presence in this sector."
"Over 10,000 Kenyan patients travel to India annually for medical purposes and this underscores the need for reasonable healthcare in Kenya," Chhabra, who is simultaneously the Indian ambassador to Somalia, said.
Between them, these medical tourists spend some $100 million annually.
As per official figures, Kenya spends $482 million annually to import drugs, mostly from India.
"This opens up a window of opportunity for pharma companies interested to invest in Kenya," Chhabra said.
Kenyan President Uhuru Kenyatta has often invited Indian firms to set up manufacturing units in this country and make it a regional distribution centre for generic drugs.
The establishment of a cancer hospital, the first India-Japan collaboration in Kenya, has been announced at the highest level and discussions are underway to speedily take this forward.
India has offered to connect the leading hospitals of Kenya via e-Arogya Bharti telemedicine network.
It will help in training of medical professionals all over the country.
In this context, Chhabra noted that reasonable healthcare is essential in the "big four" agenda that Kenyan government has rolled out to take the country on a development path.
This offers several trade and investment opportunities to Indian companies, Chhabra said, adding that two lines of credit amounting to $45 million have already been extended to the East African nation.
Chhabra said, "The government of Kenya has rolled out its 'big four' agenda -- food security, affordable housing, manufacturing and affordable healthcare, to take the country on a development path to improve the lives of its citizens."
The objectives set out in the agenda offer vast trade opportunities for Indian companies to invest in Kenya, he continued.
Over 60 major Indian firms have offices and factories in the Kenyan capital. Tata and Airtel are household names.
Several Indian companies are already investing in the agricultural sector to provide seeds, pesticides, fertilisers and agricultural implements, among others.
Chhabra said, "To improve India-Kenya bilateral trade, which is at nearly $3 billion, a number of buyer-seller meets are regularly organised."
On India's agreement to boost two Lines of Credit amounting to $45 million for upgrading Kenya's manufacturing capacity, he said: "Modernisation of Rivatex (Rift Valley Textiles Factory - Rivatex East Africa Ltd) is a shining example of success of India's Line of Credit."
$15 million has been given for the development of SME (Small and Medium Enterprises) through the Exim Bank of India and is being executed through IDB Capital.
A brainchild of Prime Minister Narendra Modi, the India-based ISA inter-governmental body has set a target of producing 1,000 GW of solar energy and mobilising over $1,000 billion into the generation of solar energy by 2030.
Both India and Kenya have abundant sunlight.