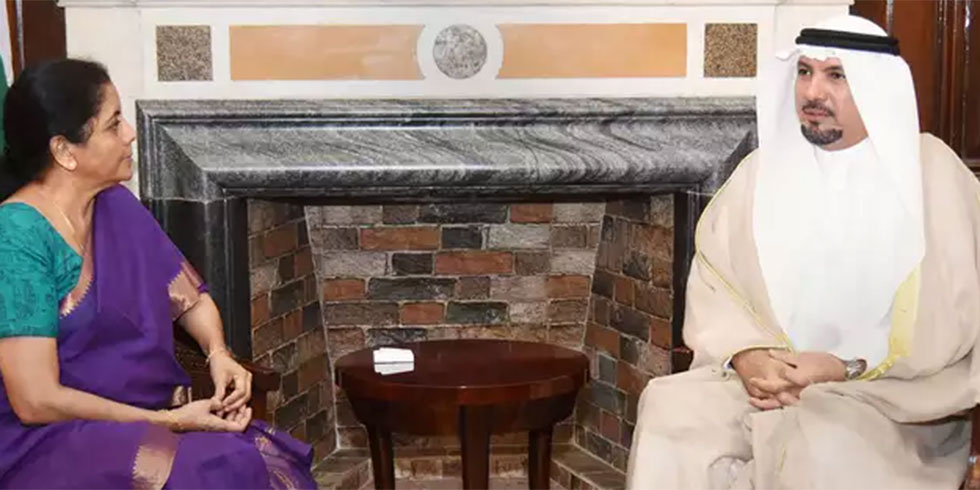 India, promoting its growth prospects, has proposed for investments from oil rich Kuwait across various sectors containing infrastructure and power.

Finance Minister Nirmala Sitharaman during recently held meeting with Kuwait envoy to India stated that there are several promising opportunities available for the Kuwaiti investors in different sectors in the backdrop of rapid economic growth and exertion to become a five trillion dollar economy by the 2022.

Kuwait Ambassador to India Jassim Al-Najim stated, "Kuwaiti investors both from private and public sectors should escapade the rapid Indian economic growth especially when it is looking to establish more power plants and other infrastructure including modern road networks, airports and railways and gain from the huge Indian market of more than 13 billion people.”

The Finance Minister also acknowledged the success of Kuwaiti projects in the field of global oil refineries, especially the Vietnam refinery in cooperation with the Japanese government at a cost of around $ 9 billion and Duqm refinery in Oman at a similar cost. Kuwait is also concerned in investing in India’s petrochemical sector.

Previously, Indo-Kuwaiti relations have always had a crucial trade dimension. India has persistently been among the top ten trading partners of Kuwait. During 2017-18, Kuwait was the ninth largest oil supplier to India and it meets about 4.63% of India’s energy needs. “India is eyeing for substantial Kuwaiti investments in oil & gas sector. Large business houses of Kuwaiti also have investible surpluses,” according to Ministry of External Affairs (MEA) brief on India-Kuwait ties.