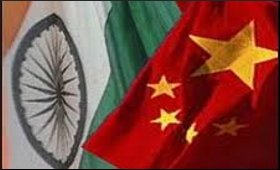 India can expect some pruning of the massive trade deficit it has run up with China as the world's largest exporter is looking to boost its imports, in part to help stimulate economies around the world.

Jia was in India last week leading a 50-strong business delegation, members of which signed 15 memoranda of understanding (MoUs) with various Indian companies for imports worth $330 million to China. The delegation's visit was an outcome of Chinese Prime Minister Li Keqiang's trip to India earlier this year.

In view of the global economic slowdown, China, Jia said, had been trying to increase its imports, which help the countries.

"While exports create wealth directly, imports generate long-term interest and give impetus to industrialization and are just as important as exports," Jia said.

China's foreign trade policy has in recent years been moving away from its overwhelming accent on exports towards a balance, by upgrading the mechanism for promoting and adjusting imports.

"By importing more consumer products, for instance, to satisfy the domestic market, China will not only hasten economic recovery but also improve trade imbalances and reduce trade frictions," Jia said.

India's trade deficit with China in the last fiscal was around $39 billion that Indian officials describe as "unsustainable" in the long run. India's exports to China in 2012-13 were worth $13.53 billion, while imports stood at $52.24 billion.

An important import promotion measure consists of continually encouraging Chinese business delegations to explore overseas markets for procurement, like the delegation that Jia has led to India.

A majority of Chinese exporters import raw materials and semi-manufactured goods, and then produce these for overseas markets.

"A priority for us is optimising the import structure by stabilising and guiding the import of bulk commodities, increasing imports of hi-tech equipment as well as of consumer goods," said Jia.

China's imports are of three major kinds. Fifty percent are mechanical and electrical products, 30 percent are high technology items and about 20 percent are bulk commodities.

Jia said while China has a long-term strategy to enhance trade with India, the new import promotion policies were directed at improving the situation with its various trading partners.

"We can now import more consumer products to satisfy the domestic market. It is not that we did not require to import earlier, but now we have more means and money to import that were lacking earlier," Jia said.

Figures from financial service firm Morgan Stanley in September showed Chinese demand for commodities is surging again, confirming the improved recent economic data from China and that the country was stepping up investment in infrastructure. This will be good news for markets supplying commodities to China.

"China will facilitate market access, increase its import capabilities, promote balanced trade and will contribute to the promotion of China-India bilateral trade," added Jia, signing off.