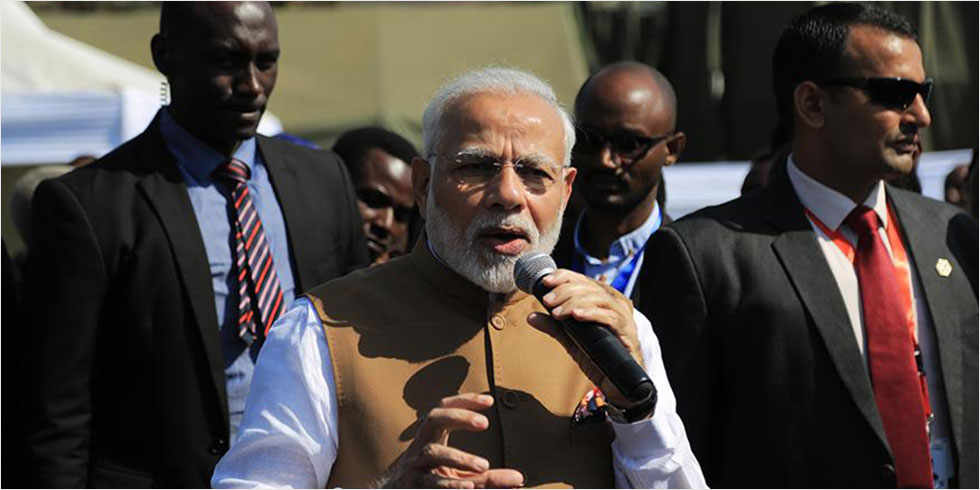 Africa-India trade has been following an upward trend in South-South trade and investment arena over the last decade.  A two-day interaction was organised by the Commerce Ministry, Indian High Commissions and embassies of eleven African countries to strengthen the India-Africa trade ties. The interaction was arranged over Digital Video Conference (DVC) over two days recently, with the Indian business community in Africa. The Ministry of Commerce in India held discussions with the Indian diaspora in Kenya, Tanzania, Uganda, Zambia, Mauritius, Nigeria, Madagascar, Ghana, South Africa, Botswana, and Mozambique. This initiative of the Commerce Ministry emphasizes the need for a multipronged strategy for further enhancing trade and investment ties between the two regions.

As International Trade Centre (ITC) targets export growth in Ethiopia, Kenya, Rwanda, Uganda and the United Republic of Tanzania in a variety of sectors, the Indian Business Community of these 11 countries also raised the importance of improving the line of the credit system. They also highlighted several related issues, including developing a facility for affordable and competitive funding and setting up of Indian banks and financial institutions in Africa. Reviewing and liberalizing visa policies from both sides and need for direct flights between India and African countries was also highlighted during the interaction. As per the ministry of commerce, India's total trade with the African region during 2017-18 was USD 62.69 billion, which stands at 8.15 per cent of India's total trade with the World.

Being the world's largest land mass with 54 countries and a population growth almost equivalent to India, African countries present immense opportunities. Access to huge mineral resources, oil wealth, a youthful population, falling poverty levels and increasing consumption patterns are more reasons why India should invest in this region. A model of cooperation which is responsive to the needs of the regional countries forms the basis for India’s partnership with Africa. Being demand-driven and free of conditionalities, the partnership is based on a history of friendship, historical ties, along with a sense of deep solidarity. As Prime Minister Narendra Modi had underlined, African priorities are India's priorities.

Today, India and Africa have comprehensive diplomatic mechanisms at all three levels - continental, regional and bilateral and through multilateral forums. India's bilateral trade with Africa for 2017-18 reflects an increase of 21.56 % over the previous year. With cumulative investments at over USD 54 billion, India has become the fifth largest investor in Africa and in terms of numbers, Indian investments are growing at a steady rate in a range of sectors. Sizeable investments have been made in building and construction, oil and gas, mining, banking, pharma, textiles and other sectors in the African countries. Joint ventures have been made successfully by several Indian companies that have made inroads into Africa. While the Indian companies have the experience, technology and capital to unlock these African resources and create value for host governments, many important African firms have also established their presence in India. An expected boost has also been given by the African Continental Free Trade Area Agreement (AfCFTA).

The elimination of import duties on intra-African trade and non-tariff barriers have opened up opportunities for expansion of trade ties, will make Africa the largest free trade area in the world. This development has been viewed by India as yet another reason and opportunity to boost international trade and economic ties with African countries. All in all, Africa is a market that India has maintained as a key economic and strategic partner and is looking to boost numbers and spread its influence in the coming years.