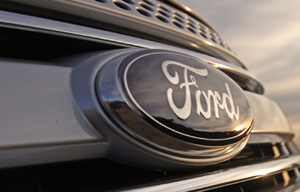 Ford India sold a total 14,217 cars including domestic wholesales and exports, which has made September 2013 by far the best month for the company in its history. Ford India's September sales were up 51 percent compared to the same month last year.

“Despite prevailing difficult economic conditions, we are excited to see our products finding greater acceptance among customers that is mirrored in our sales,” said Vinay Piparsania, Ford India’s executive director of Marketing, Sales and Service. “Our exciting range of fuel-efficient, reliable and value for money products seems to have struck a chord with our valued customers and we will continue to build on this through the auspicious festive season.”

Adding to the excitement of the Indian festive season lasting from August to November, Ford India announced special offers for Ganesh Chaturthi and Onam in September to its customers. Similar offers during the festive Durga Puja will make it attractive for customers to bring home a Ford.

“We, along with our partners, are working hard to optimize deliveries and reduce the waiting time in delivering Ford products to customers, to make the festive season even more special for them,” concluded Piparsania.