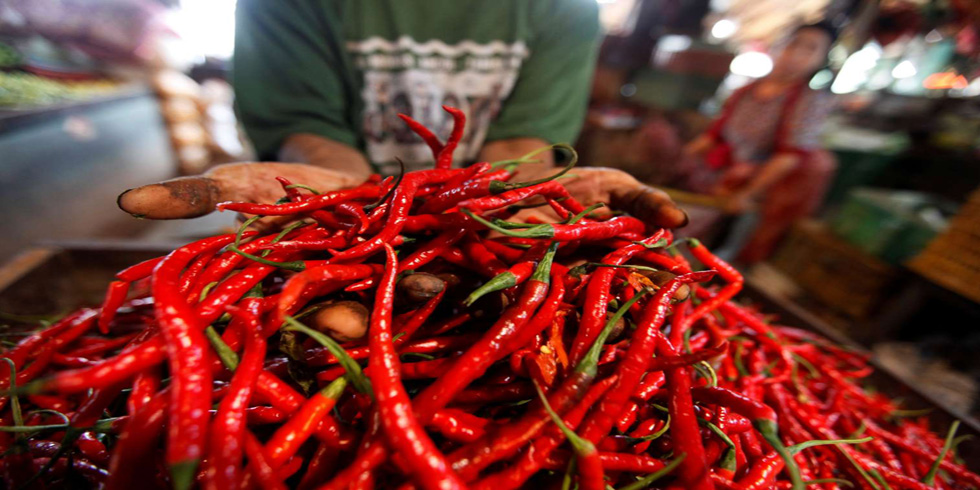 China on Thursday allowed India to export Chilli meals to its market, providing the crop with a much-needed export outlet. A protocol to this extent has been signed with Chinese customs officials.

Chilli meal is the residue left after the oil is extracted from chillies. It is widely used as an industry input in the manufacturing of chilli sauce and other products.

Chilli is the largest exported spice from India and China has emerged as a major buyer in the last few years.

India being the world’s largest producer, consumer, and exporter of chilli. Official statistics show that red chillies are grown across India on 792,000 hectares of land in Andhra Pradesh, Karnataka, Madhya Pradesh and Maharashtra. The crop is planted in August and September, and harvested in March and April.

India produced nearly 3 million tonnes of dried chilli and peppers, according to the Food and Agriculture Organization of the United Nations.

“Of the more than 1.3 mt of red chilli produced in India every year, 70 per cent are consumed domestically, with the rest being exported. Dried chilli exports make up 22 per cent of all the spices exported from India,” according to Mumbai-based Agro Crops.

India has persistently pushed for market access for agricultural and processed food products to China. India’s firm stance on the issue has led China to commit to providing market access after a gap of 13 years. Last year, Beijing had allowed market access to three Indian food products — mangoes, grapes and rice.

“But even among these, China later introduced further sub-categories for rice, which meant basmati varieties faced difficulties in exports,” a senior official from the Agricultural and Processed Food Products Export Development Authority said.

The meeting happened in the shadow of the US-China trade war. The Chinese side noted India’s concerns regarding the long-existing trade imbalance and requests for market access for Indian products and services.

It engage to address these concerns through the broad framework provided by successive joint economic groups (JEGs) and the Five-Year Development Pro­gramme for Economic and Trade Cooperation between China and India, which was signed an official said.

India also pointed out that a large number of agricultural items for exports were awaiting China’s nod, including soyabean meal, pomegranate, okra, sapota, banana, papaya, pineapple, maize and sorghum. The draft protocol for okra is ready and is expected to be finalised soon for soyabean meal.