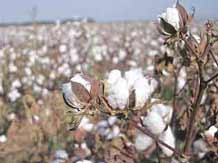 Cotton yarn exports could double to hit a new milestone of 2,000 million kg this year due to a dramatic shift in Chinese policy on textile raw material import, which promotes purchase of yarn over cotton. Indicating high demand from abroad, the registration for yarn exporters with the Directorate General of Foreign Trade (DGFT) jumped 50 per cent to 593 million kg in the first five months of the financial year from 397.2 million kg a year ago.

The increase in yarn export will not only raise traders’ realisations but help domestic textile mills that have created a massive spinning capacity over several years. Also, shipping of more value-added products than plain fibre will support the government’s objective to process the raw material locally for employment generation and higher earnings.

“If the current trend of demand continues, we would be able to achieve 2,000 million kg of yarn export this financial year,” said Manikam Ramaswami, chairman of the Cotton Textiles Export Promotion Council (Texprocil).

China has levied an import duty between one per cent and 40 per cent on cotton depending on the quantity of purchase. The major objective of the Chinese government is to discourage processing of cotton. Instead, the government promote purchase of cotton yarn for direct use in textile mills.

“It is possible to achieve this milestone,” said M B Lal, ex-chairman of the Cotton Corporation of India, and managing director of Shail Exports, a Mumbai-based exporter.

The government of China is sitting on a huge quantity of cotton it does not intend to release for users. Consequently, Indian textile mills are receiving more orders for yarn than cotton.

Reflecting the trend, the Cotton Association of India (CAI) has forecast ‘nil’ exports of cotton this year as compared to 9.5 million bales (170 kg each) the last financial year. “Cotton yarn exports will beat all previous expectations, if the current trend in demand continues. Rising exports, however, will not affect supply to domestic mills,” said D K Nair, secretary general, Confederation of Indian Textile Industry.

According to reports, the Cotton Yarn Advisory Board (CYAB) has projected a marginal 14.2 per cent increase to 1,150 million kg in cotton yarn exports from India this financial year. But actual exports could be even higher. Total cotton yarn production this year is estimated at 4,000 million kg.

Arun Sakseria, a Mumbai-based cotton trader and exporter, believes the government of China has levied around 40 per cent accumulative import taxes and local levies to encourage local power loom and textile sectors. Hence, importing cotton does not make sense for Chinese textile mills, he added.