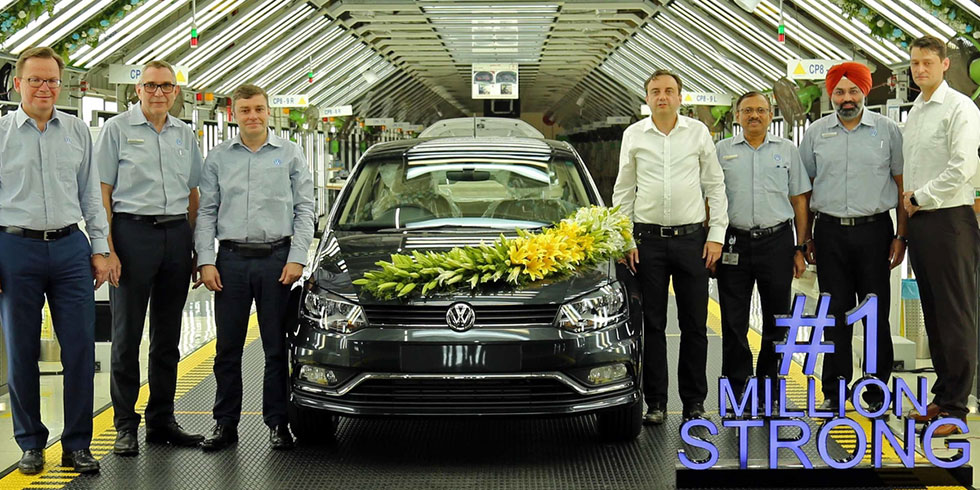 Volkswagen India has manufactured its one-millionth car at Chakan plant in Maharashtra where the company has been producing cars since 2009 and has been exporting to over 50 markets worldwide.

Volkswagen is known to make some of the most well-built, safe and technologically advanced mass market cars around the world. Decade later, the German automotive major achieved a significant milestone by manufacturing its one-millionth car from the factory. The car in question is a Volkswagen Ameo that was rolled out in presence of some of the oldest employees who have been part of the production department at the plant alongside some of the company’s top management for VW India that included Gurpratap Boparai, Managing Director, Volkswagen India and Steffen Knapp, Director, Volkswagen Passenger Cars India.
The Volkswagen India plant commenced its operations on the 31st of March 2009. Since then it rolled out three Volkswagen cars which include the Polo, Ameo and Vento .The plant was initially set up for local market but as time passed the company started manufacturing and exporting cars to over 50 countries across Asia, Africa, North America and South America.
Volkswagen Group is also investing around Rs 8,000 crore in its regional project -- INDIA 2.0. The project aims at developing more cars that are relevant to the requirements of the Indian market on a platform that has been localised. A technology centre has also been set up at the Pune Plant to start local development.