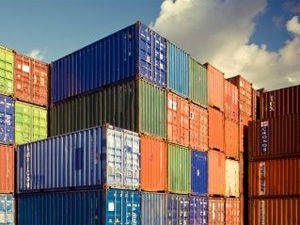 To provide a cushion to the foreign exchange reserves, India plans to do a barter trade deal with Singapore and follow it up with similar deals with other Asian nations.

It is based on the assumption that more of the exports by these countries to India will be settled in Indian rupees. The assumption is that the rupee is now acceptable de facto as a unit of currency by traders in economies like Singapore and so the barter trade will give it legitimacy. It is one more step to push the rupee closer to capital account convertibility. Since India-Singapore trade is over $24 billion in 2012 and diversified, there is certainly room for savings by India of $1 billion of foreign exchange through this arrangement.

This principle, however, cannot be used to sign trade pacts with countries from where we import oil. While Iran is a special case, Iraq or Saudi Arabia is unlikely to accept the arrangement as the volumes are much larger and they hardly import anything from India. So the rupee chest will be useless for them.

It is here that the significance of Governor Raghuram Rajan's first day statement about creating an international role for the rupee makes sense. At every forex crisis we have hunkered down with more controls clipping the role of the currency. Each control reduced the utility of rupee for our trading partners. Yet, as India trades more with the world, our partners will-nilly end up holding the rupee for at least some time.

They want to hedge that risk, which till now, can only be settled through an offshore non-deliverable forwards market. The volume of rupee NDF offshore market is now 18 per cent of the daily turnover for all emerging market economies, as per a Nomura estimate. Available literature also shows that typically for India and China, it is the NDF market that determines how the domestic currency behaves compared with economies that allow more convertibility, like Brazil and South Korea. For instance, since 2008, while NDF trade in the Brazilian real has retained the top spot among all nations, the rupee has vaulted to the second position by 2013, the same Nomura paper shows.