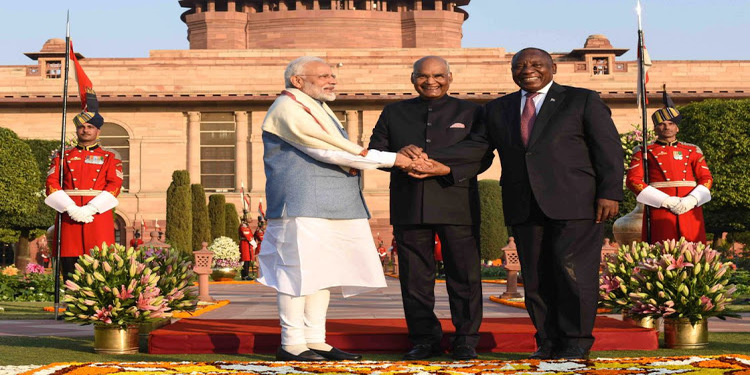 According to the Indian Prime Minister Narendra Modi, “Africa is at the top of our priorities” he was quoted on his recent visit to the continent. While India and African countries have strong bilateral trade relations given the close histories, it is no surprise that many African countries have developed close cultural, political and economic ties with India.

As investment in African strategic infrastructure gathers steam, India’s role as a strategic partner to unlock potential and growth in African economies is becoming more prevalent and more important. Over the past two decades, there has been a robust growth in bilateral trade between the pair, making India the fourth-largest national trading partner of Africa. Statistics show that the volume of total trade between Africa and India has increased more than eight-fold, from $7.2bn in 2001 to $59.9bn in 2017, accounting for more than 6.4% of total African trade in 2017, up from 2.7% in 2001. Trade with Africa now represents a little over 8% of India’s total trade.

The MD of the Export Import Bank of India (EXIM), Mr. David Rasquinha says that he is excited about the opportunities that the African continent provides. Africa has emerged as an important partner for India and companies in India should look for strategies to bolster trade and Africa investment. Mr. Rasquinha also said that the EXIM bank wants to see Indian companies taking greater share of risk as many of them are significantly risk averse and quite often the perception of risk is higher than the risk itself.

India has set it's sights for a 12-15% growth in the next fiscal and is now ramping up renewable energy-led projects in Africa. Experts suggest that exporters need to move beyond any flawed perceptions of Africa to tap its potential to the fullest. The Indian government and it's industry considers Africa as very much the future of the world. This is a continent which is ten times the size of the Indian subcontinent, but the GDP of India and Africa is almost the same, the population is almost the same and most importantly, both have young population. A deeper study also reveals that India has been growing at a 7% rate and atleast 13 countries in Africa have been growing at 7% per annum over the last several years.

Doing business in Africa is tough, cyclical and risky. It is not an “in and out” market. Profitability is realised in the long term, but the profitability is there. Exporters need to have presence on ground especially if they are selling complex high value such as machinery, equipment, turnkey projects - it doesn’t make sense to do it from India.

Companies also need to set up more offices in Africa. It is not the same to do business remotely from any other city. Sellers need to have presence and feet on the street. That is something that Indian companies need to do more and it should be part of their corporate strategy from the beginning. It has to be a part of a more sustained and well thought out export plan and not an ad hoc resort from time to time.

Exporters, a lot of times, have been unable to expand operations in Africa owing to lack of awareness, capital or overall risk averseness. There is still some apprehension and there is a lot of ignorance in the minds of the common people about Africa. Companies are using the same monolithic approach. There is need to take a closer look here and not be too hasty. For instance, Indian companies are familiar with Mauritius, Nigeria, Ethiopia. But there are also countries like Rwanda which are doing well. Kenya, Tanzania and much of Eastern Africa is doing well. So one should look at individual countries and pick the winners as per that. India is targeting a healthy 12-15% growth primarily due to growth in the government side of the business that is lines of credit and buyers credit and some amount of commercial portfolio financing as well. Recently there has been greater concentration on power projects in Africa, but sources say that the government is putting more emphasis on alternative power and will now actively look at renewable energy ones going forward as well.

Indian companies can clearly see the big growth opportunities and are comfortable managing the risk and exposure to realise the return Africa can offer. With India set to become the world’s fifth-largest economy in 2019, the world outlook has every confidence that its investment into Africa will continue to grow.