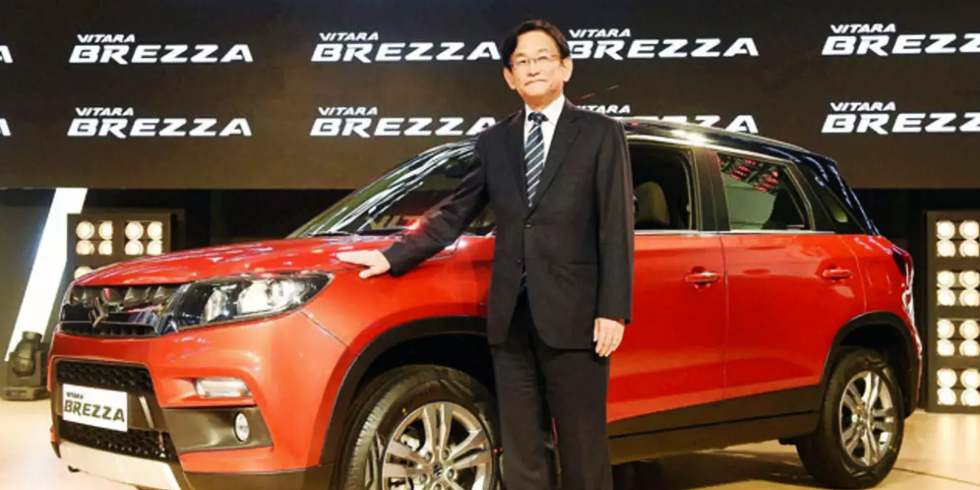 The country's Biggest carmaker Maruti Suzuki NSE -0.33 % India (MSI) should focus for up to 25 per cent of its production to be exported although it forsee overseas shipments to touch 2 lakh units by 2020, according to company MD and CEO Kenichi Ayukawa.

The company's total production combined with that of parent Suzuki is estimated to cross 2 million units by 2020 when the third unit in Gujarat goes on-stream, and MSI will pursue to enter new markets to enhance its exports leveraging on vehicles that will be produced here to meet India's upcoming accurate safety and emission norms.
During an interview MSI MD and CEO Kenichi Ayukawa told PTI "We expect the exports to be at least 10 per cent of the total production. If it becomes 2 million capacities we are expecting export of 2 lakh units. If opportunity increases we will further try to enhance it. Ideally, 20-25 per cent of the production should be exports,”
The company, which has been exporting to markets like Chile, Indonesia, South Africa, Uruguay and Nepal, is also looking at models which could be consigned to developed markets like Europe and Japan.
Adding futher, Ayukawa said "We are studying other products (other than Baleno which the company ships to Japan) which could be exported to Japan as well as other markets. There is a need to develop left hand markets as well along with right hand ones". In 2017-18, MSI exported 1,26,074 units, while in the current fiscal (April to December), the company has already shipped over 81,000 units. When asked about Baleno shipments to Japan, Ayukawa mentioned exports of the premium hatchback have come down due to a variety of analysis including intense competition in the market.