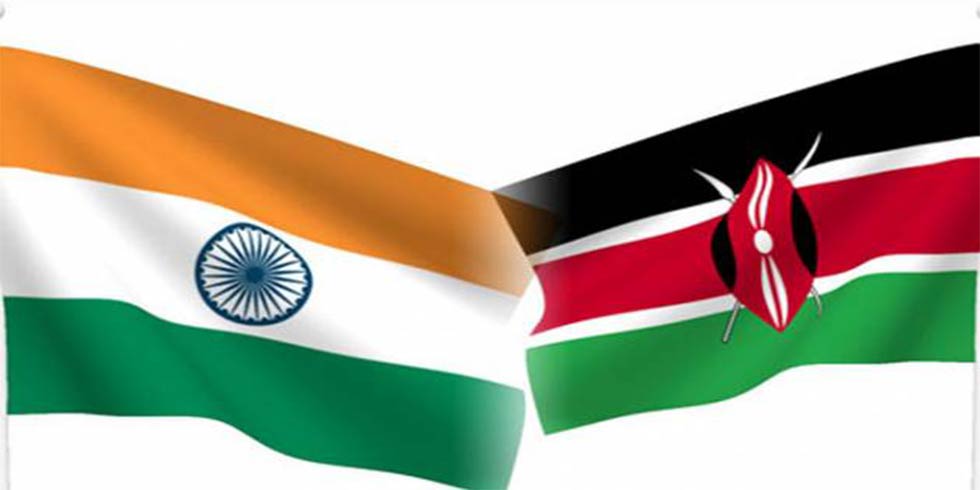 India is angling to regain its top trade partnership position with Kenya as India will invest in Kenya's agriculture and manufacturing sectors  in line with the government's Big Four Agenda.

The Indian High Commissioner, Rahul Chhabra, while speaking at the India-Kenya Trade and Investment Forum held in Nairobi on Tuesday, said his country is determined to diminish its trade gap with Kenya and reattain its top position as a trade partner.

Kenya’s trade deficit, the gap between imports and exports — ascended to Sh1.145 trillion in 12 months through December 2018 from Sh1.13 trillion a year earlier.

In 2015, China overtook India as the leading net import market for Kenya on the strength of infrastructure materials for the Standard Gauge Railway.

India continues to outperform China with respect to the number of jobs created by its Foreign Direct Investment (FDI).

Other countries include Britain, USA, South Africa and Germany.

Kiprono Kittony, The Kenya National Chambers of Commerce and Industry chairman, said, "At least three Indian firms are planned to launch in Kenya following our latest memorandum of understanding with Guajarati chamber. We welcome more investors from India, promising and encouraging them skilled labour and conducive business environment."

Principal Secretary State Department of Investment and Industry, Betty Maina, said, "Although our interest of doing business has improved to position 61 globally, we want to clear more blocks to create best environment for businesses entering the country."