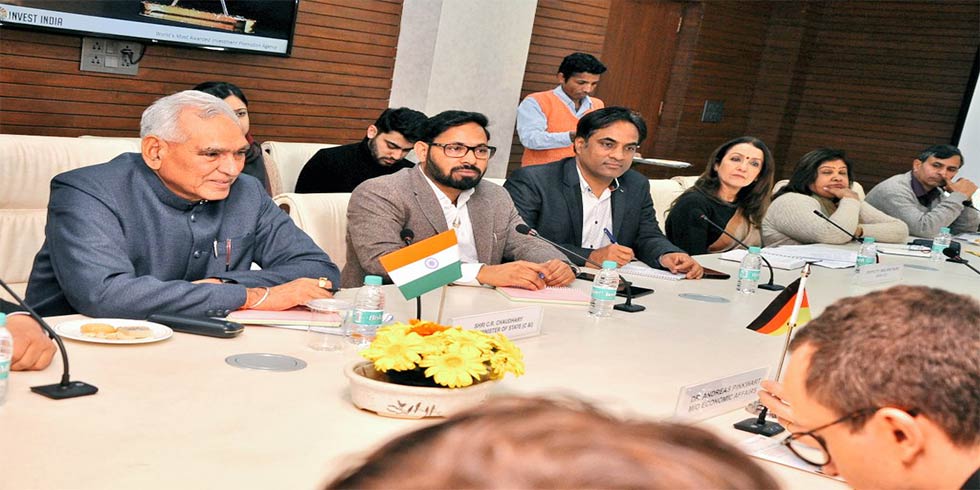 The Joint committee promised to build a sustainable economic partnership, end double taxation and set up a joint working group on tariff and non-tariff barriers in order to support trade exchanges.

The meeting was attended by minister of Industry, Investment, Trade and Digital Economy Moulay Hafid Elalamy and India’s Minister of State for Commerce and Industry and food, C. R. Chaudhary.

The Moroccan deputation and representatives led by Moulay Hafid Elalamy took part in the 14th CCI-Exim Bank Conclave on India held March 17-19, with the participation of delegates from 21 African countries.

Under the subject “India and Africa: Shaping a Global Partnership for a Better World,” the event sought to lay the ground for more Indo-African collaboration, allowing Indian industry to “play a bigger part in Africa’s manufacture renaissance.”

Relations between Morocco and India acquired momentum following the visit paid by King Mohammed VI to India in 2015 during which the Sovereign and Prime Minister Narendra Modi agreed to build a Strategic Partnership.

The King had then participated in the third India-Africa Summit Forum.

The balance of trade is normally in goodwill of Morocco because of India’s imports of phosphates. India sources a large slab of its rock phosphates and phosphoric acid requirements for its fertilizer industry from Morocco, the world’s biggest phosphate exporter.

Morocco-India trade relations have scored a balanced growth. In 2014, trade between the two countries stood at $1.3 billion, with India’s exports to Morocco amounting to $500.5 million, while imports were valued at $855.8 million.