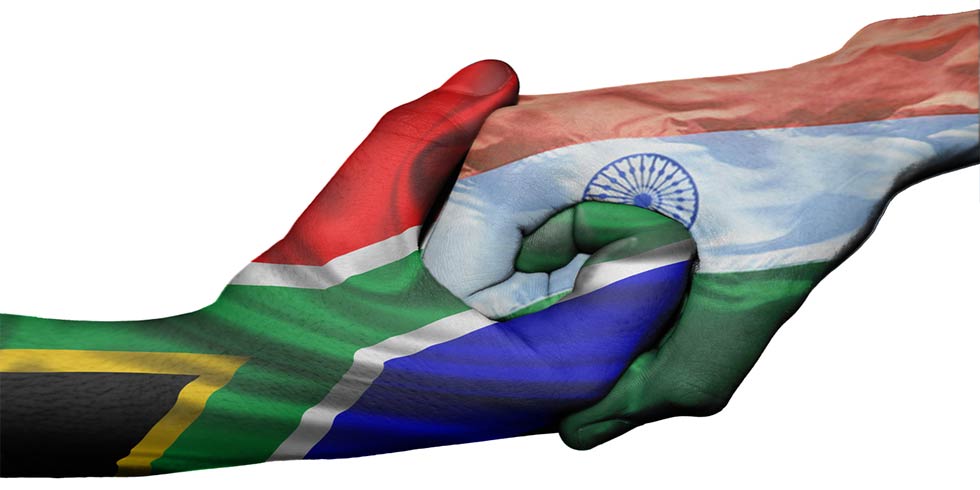 With India aiming at $150 bn bilateral trade with Africa, The government said it would hold a convention on India-Africa project partnerships with an aim to more than double the bilateral trade volume to $150 billion from the present $62 billion in the next few years.

“Scaling up India-Africa bilateral trade volume to $150 billion in the next few years” is the main aim of the three-day convention that was held on March 17, 2019, the Ministry of Commerce and Industry said in a statement.

India-Africa bilateral partnership is considered and given a great value by India’s ascendency as the fastest growing major economy, as well as Africa’s new economic dynamism illustrated by some of the sub-Saharan economies which are amongst the top 10 fastest growing economies in the world, the Ministry said.

More than 31 senior ministers from 21 African countries apart from business delegates from 37 countries participated in the event that was organised by the Ministry in association with the Confederation of Indian Industry (CII) and the EXIM Bank of India.

“The convention will identify the pre-eminence of India-Africa partnership in the area of ‘South-South Cooperation’ at a time when the global economy is faced with uncontrollable challenges that peduncle from rising protectionism and trade disputes,” the statement said.

The government’s dedication to amplifying the India-Africa economic partnership is obvious from the growth in bilateral trade between India and Africa by nearly 22 per cent to $62.66 billion in 2017-18.

Other long-term goals and aims that would advise the deliberations include supporting Indian exporters to enable the African countries, strengthening the manufacturing exports to Africa and boosting Indian investments in various sectors in Africa.