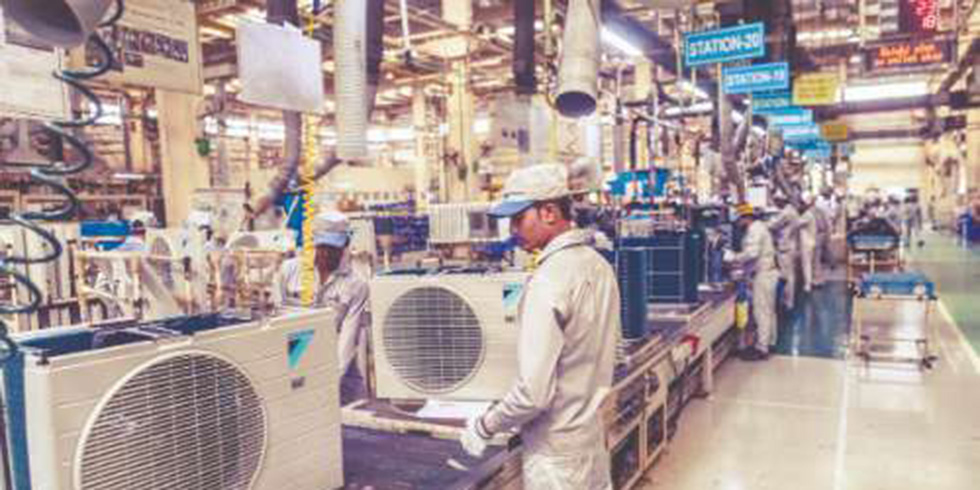 The company, that has two operational units in Neemrana, Rajasthan, is in the last stages to select for its third manufacturing potential, which would be in the southern India and serve the exports market.

Japanese air conditioner maker Daikin's India unit is believing to touch an annual sales turnover of 100 billion yens (about Rs 6,400 crore) in the next two years on consideration of its building domestic market position and exports to SAARC region, eastern Africa and Middle East countries.

Daikin India MD and CEO Kanwaljeet Jawa, said, "Daikin India with now having business across East Africa, Sri Lanka, Bangladesh and Nepal have set a target to gain 100 billion yens riding on the back of exports and third factory by 2020-21."

According to Jawa, countries that have weather patterns alike to India will be able to take advantage of the Indian production with lower price and time to delivery owing to multiple connectivity options.

The company is also expecting the AC sales in the domestic market to grow in the coming years and touch double digits as the country's economy is developing.

"With balanced infrastructure development across India, I am confident of AC penetration extending to a double-digit level, from the current 6-7 per cent," said Jawa as he is also a member of the board and Regional General Manager for AC business in India and East Africa, Daikin Industries.

"we are investing in creating a distribution base of 10,000 by 2020 in order to cater this large-scale products and service demand ", he said.