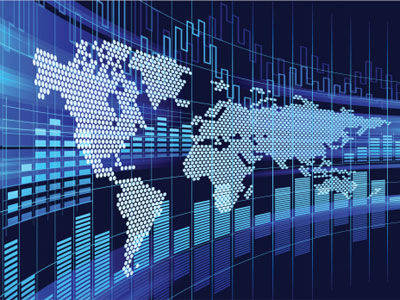 NEW DELHI: India is looking to tap certain sectors in the global market where China is fast losing its export competitiveness due to rising wages, and have commissioned a study for a detailed understanding of the issue.

The move is aimed at boosting the country's exports and containing the ballooning current account deficit (CAD).

"We have commissioned a rapid analysis of the sectors which China has been vacating...," Commerce Secretary S R Rao said here at a function.

China, whose economy is mainly driven by exports, is expected to lose price competitiveness in the international market because of rising wages in that country.

Rao said that India can "certainly" take advantage of the situation.

India's exports rose for the second straight month by 12.97 per cent to USD 26.14 billion in August, while the trade deficit narrowed as gold imports fell.

India's has a huge trade deficit to about USD 40 billion with China in 2012-13. India's exports to its neighbouring country stood at USD 13.53 billion while imports were USD 52.24 billion.

Rao also said despite the fact that India's produces one of the best yarns in the world, its apparel exports are not increasing whereas small countries like Vietnam has aggressively increasing their share in the world market.

"Vietnam's textiles exports increased from USD 2 billion to USD 18 billion in the last 5-6 years and India is still stagnating at about USD 20 billion," he said.

The Secretary said that the country is facing problems in areas like labour laws, environment and land acquisition.

Further he said that the commerce ministry has also commissioned a study to economic think tank ICRIER to look into the matters acting as hindrance to boost exports from special economic zones.

He said that local state taxes are also issues in front of enhancing the country's shipments.

"There is a serious supply side constraint due to lack of proper infrastructure," he added.

On the forthcoming WTO Ministerial Meeting at Bali in December, he said that agreement on trade facilitation would help in reducing transactions cost of exporters.

Speaking at the occasion EU Ambassador to India, Joao Cravinho said in the coming years, Europe will face problems of labour force due to increasing ageing of its population.