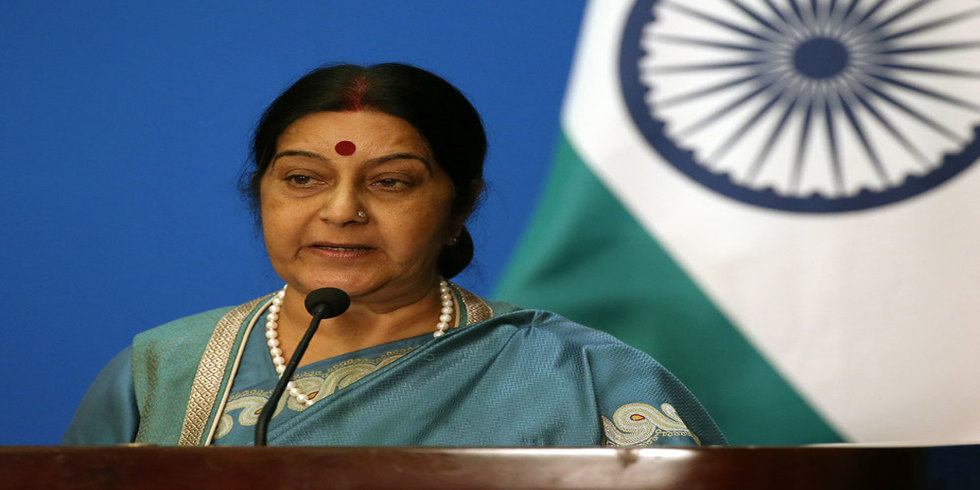 In a bid to enhance economic, business and cultural relations with African countries, on Saturday External Affairs Minister Sushma Swaraj assured representatives of African nations that India will continue to be their trusted partner and work closely for their social and economic empowerment.

Ms. Swaraj was in Gujarat to participate in the Africa Day event held as part of the Vibrant Gujarat Summit in which representatives, including ministers and diplomats, of over 50 African countries participated.

“Our PM has accorded top priority to Africa in our foreign and economic policy. As Africa marches in its journey towards renewal, security and prosperity, India will remain a trusted partner, working closely with Africa for the economic and social empowerment of its people. Strong relations between India and Africa will go a long way in redefining the contours of the international order on more egalitarian lines,” she said in her address.

Stressing the importance of Africa for the government in India, she said it was the first time that India dedicated an entire day to a continent during the investors' meet. She said that It is being held during the 150th birth anniversary year of Mahatma Gandhi and the 100th birth anniversary of iconic African leader Nelson Mandela.

Talking about growing business and economic ties between India and African nations, she said Africa had emerged as an important trade and investment partner of India giving statistics of trade between the two nations, which stood at USD 62.66 billion for 2017-18, reflecting a nearly 22% increase over the previous year rendering India the third largest export destination in Africa.

“In recent years, there has been a surge in Indian investment in Africa and as of now, India is the fifth largest investor in Africa with cumulative investments of USD 54 billion. Indian investments in African will grow manifold in the coming years due to the Indian government’s thrust in strengthening ties with the resource-rich continent,” she said.

According to her, major areas identified for investments are infrastructure, chemicals and pharmaceuticals, minerals and mining, high-technology manufacturing and information and communication technology.

“Currently, 189 projects in 42 African countries for nearly USD 11.4 billion are being implemented under the Indian Line of Credits. These projects have had a positive impact in many African countries and are changing the lives of its people by covering a range of sectors,” she added.