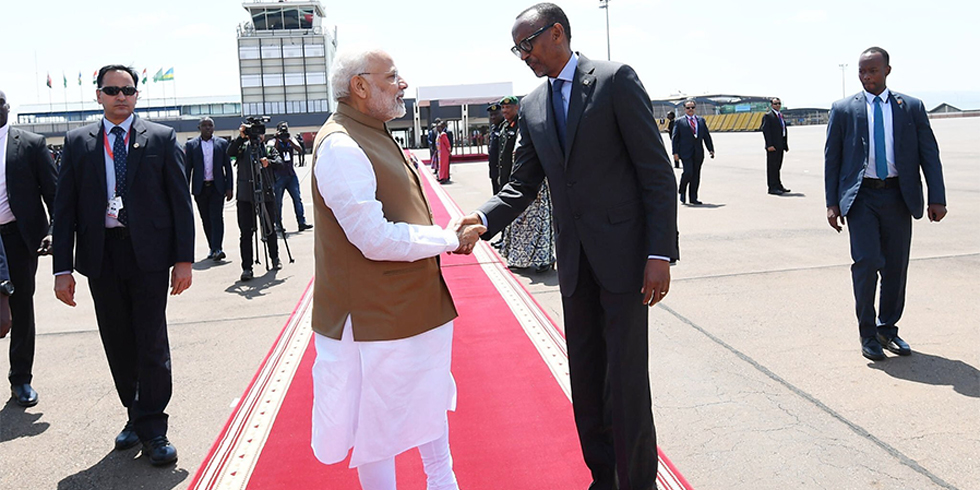 Recently, the Indian government approved a trade cooperation framework between the Asian nation and Rwanda to facilitate improved economic relations between the two countries.

The framework was signed earlier this year and it is expected to improve trade between the two countries for mutual benefit.

An official statement by the Indian government stated that the Union Cabinet chaired by Prime Minister Narendra Modi has given its ex-post facto approval for the trade cooperation framework between India and Rwanda.

Members of India’s private sector from various fields seek to explore opportunities for trade and economic partnership in Rwanda.

Additionally, prominent officials from India and Rwanda met members of the Rwandan and Indian private sector to collect suggestions on ways to increase trade and investment between the two countries.

Investment projects from India have increased from 66 last year to 91 this year with a special focus on agro-processing, manufacturing and  ICT.

Among the notable investments include Gisovu Tea Company, Acacia Property developers, Airtel, Mahatma Gandhi University and Imana Steel among others.