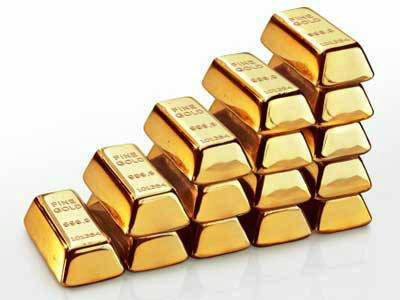 India exported $561 million or nearly 14 million tonnes worth of gold jewellery in August as against July’s $441.4 million, according to trade body Gems and Jewellery Export Promotion Council (GJEPC).

In July, exports fell 70 per cent to $441.4 million. The fall in exports was both due to the curbs imposed by the Reserve Bank of India (RBI) to contain rising imports of the yellow metal and confusion over one of the central bank’s orders. Gold is the second biggest contributor to the country’s import bill.

In July, the Reserve Bank of India mandated that 20 per cent of all imports must be turned around and sold for export as jewellery.

However, there was confusion over how the rule would work, as a result of which imports stopped. Now that there’s clarity on how it works, jewellery exports are set to improve.

According to Arvind Mayaram, Economic Affairs secretary, Ministry of Finance, India’s total gold imports could now be below 750 tonnes in the year to March, 2014 and about 60 tonnes per month under the new rule.

Exports comprise about 60-70 tonnes per year and compete for markets from West Asia to the United States against jewellery from Thailand and Turkey.

India imported a record 162 tonnes of gold during the month of May, about three times the usual monthly average and imports totalled more than 380 tonnes in April-July, forcing the Reserve Bank to step in.

The country shipped over $2.68 billion worth of gold jewellery in value terms from April to August, down 59.4 per cent on an annual basis, while the total gems and jewellery exports fell 13.4 per cent to $13.84 billion during the same period.