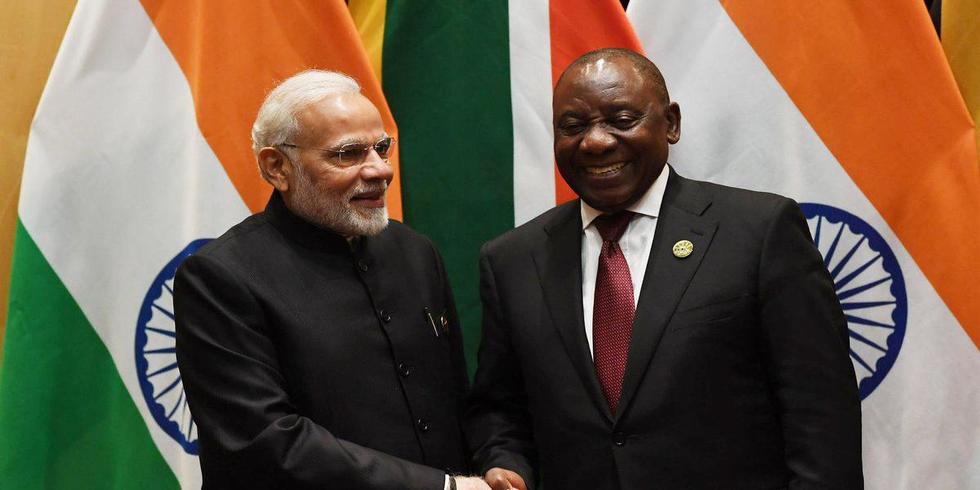 Cyril Ramaphosa, the president of South Africa will be the chief guest at India's 70th Republic Day celebration, which is also the 150th anniversary of Mahatma Gandhi in the coming year. He was invited by Prime Minister Narendra Modi when the two leaders met at the G20 summit in Argentina's capital Buenos Aires.

Africa is being viewed as a land of opportunity and promise, not a region of conflict and poverty as before. India’s engagement with Africa, especially at a time when the partner region’s geopolitical and geoeconomic situation is changing, deserves serious consideration.

The world’s fastest-growing economy and the second-most important Asian power,  India naturally has significant stakes in Africa’s security, stability, and development. But independently, this country’s track record as a successful democracy and development model is highly relevant to African nations.

They in turn, are well-positioned to provide India with their markets and resources, while also building up food and energy security for both sides. Reciprocal political-level visits by presidents and vice-presidents contribute significantly to mutual understanding and cooperation.

Being a first, the chief guest at Republic Day celebrations in 2018 were the 10 heads of state from Association of Southeast Asian Nations or ASEAN, a regional grouping of 10 Southeast Asian countries (Cambodia, Vietnam, Singapore, Malaysia, the Philippines, Indonesia, Myanmar, Thailand, Laos and Brunei).

At India's first Republic Day on January 26, 1950 the chief guest was the President of Indonesia and since then, five other Southeast Asian leaders have chief guests at their Republic Day parades.