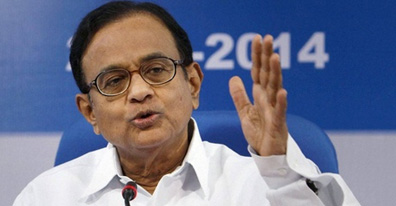 New Delhi: Finance Minister P Chidambaram is scheduled to hold consultations with exporters on September 28 in Mumbai to take stock of the situations and discuss ways to boost shipments.

Rising trade deficit which pushes the current account deficit, a major concern of the government. The centre is taking steps to curb imports and push exports.

Trade deficits have been fuelled by high imports of gold and crude oil, contributing to the widening CAD, which touched an all-time high of 4.8 percent of GDP, or USD 88.2 billion, in 2012-13.

Besides putting curbs on gold imports, the government is also taking steps to boost electronics manufacturing to reduce its imports.

Commerce and Industry Minister Anand Sharma had recently said the government will further extend incentives to those exporting sectors which are lagging behind.

Meanwhile, today Sharma expressed the hope that exports will continue to grow in double digits.

"Yes, we are making every possible effort. I remain optimistic," he told reporters here.