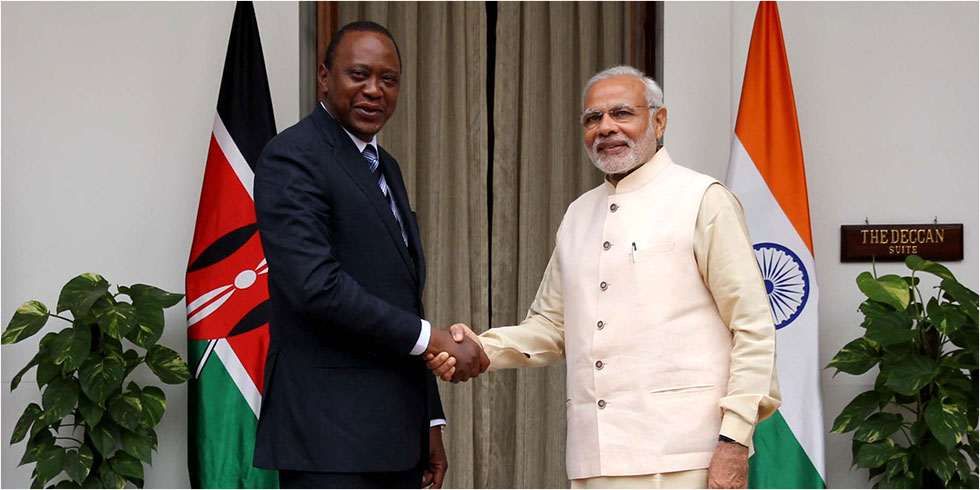 Rwanda and India have signed a US$66.60 million (Approximately Frw 56 billion) concessional loan agreement worth US$66.60 million (Approximately Frw 56 billion) towards the construction of the Base- Butaro-Kidaho road project. Dr. Uzziel Ndagijimana, Rwandan Minister of Finance and Economic Planning signed on behalf of the Rwandan Government along with Mr. Tarun Sharma, General Manager and Regional Head of India Export Import Bank representing the Indian Government.

Rwanda is emphasizing on the development of transport, infrastructure and services to encourage economic growth in a bid to achieve the objectives set by Vision 2020. “Transport plays an important role in stimulating economic growth by increasing internal production and facilitating access to domestic and international markets while ensuring favorable conditions for provision and distribution of imported products within the country” said Minister Ndagijimana at a press conference. The Base-Butaro-Kidaho road development project is in line with the 10 year Rwanda Transport Master Plan adopted in 2012. It is a single carriage with a construction period of two and a half years. Construction is scheduled to start in 2019 and will be carried out by the Rwanda Transport Development Agency.

Mr. Sharma said, “Rwanda has lead the way when it comes to prudent use of funds while undertaking development initiatives. This has been encouraging and we believe there are some lesson we can learn from this country”. According to the financing modalities, the loan carries a 1.5% interest rate, will be serviced in 25 years and has a grace period of 5 years. Bilateral cooperation between India and Rwanda is based on agreements in trade, agriculture, ICT, and energy. Cooperation with India Exim Bank is not new. Back in 2011 the signing of an 80m USD line of credit for the Nyabarongo hydropower project currently on the grid and expected to generate about 27MW was a major initiative to boost economic growth. Also, in 2013 a US$ 120.05 million loan was extended for the Export Targeted Modern Irrigated Agricultural Project in Kirehe District.And in May 2017, The Government of Rwanda and EXIM Bank India signed an LOC worth 81 million dollars. This money was marked to be used for the construction of modern training and production workshops, including equipment for 10 new vocational training centers and four business incubation centers.