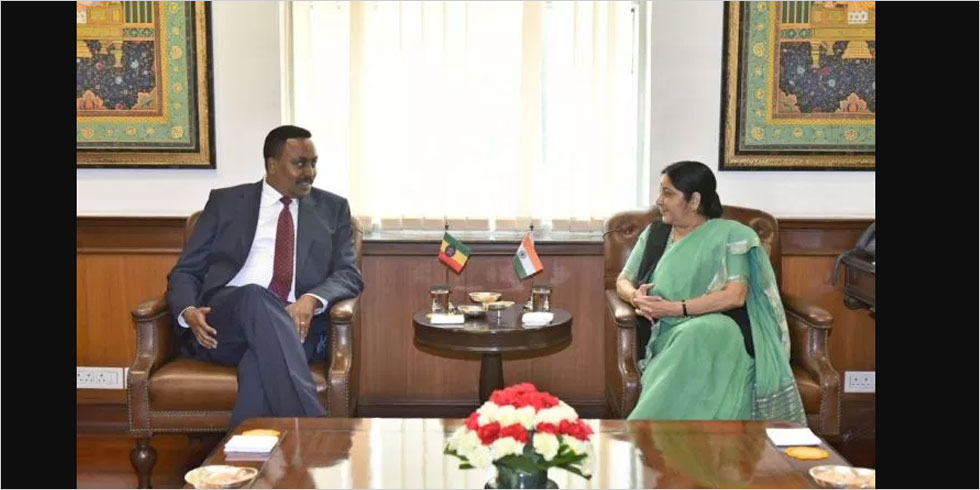 This is as per the figures provided by the External Affairs Ministry.

According to a statement by the External Affairs Ministry, the meeting focused on building closer cooperation in areas of defence cooperation, lines of credit, human resource development, capacity building, trade and investment, cultural exchanges and enhancing people to people contact.

India reiterated its commitment towards developing a highly mutual trade and commerce partnership with Ethiopia. More focus was also pledged towards heavy transport vehicles and industrial machinery as well as textiles, capital goods and consumer durables. The Ministers of both the countries also exchanged views on issues of mutual interest at regional and multilateral levels including cooperation at the United Nations and other international Trade and Commerce organisations.

Figures in the public domain showed that India-Ethiopia bilateral trade in 2016 stood at $1.37 billion, out of which India's exports to Ethiopia were $1.30 billion and imports were $68.4 million. An MoU between the Foreign Service Institute of India and the Foreign Service Training Institute of Ethiopia was signed between the two countries after the conclusion of the meeting.