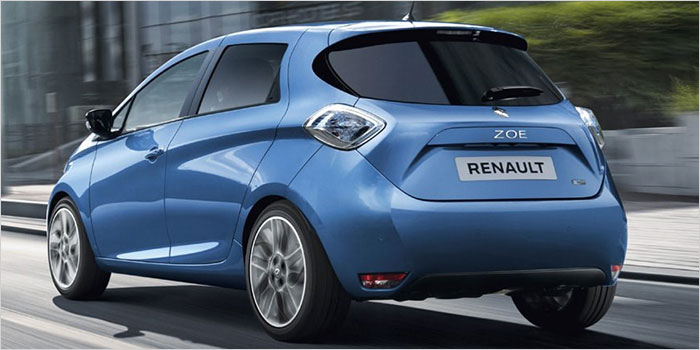 Renault’s first affordable electric vehicle, designed out of its technical centre in India, will hit China’s roads in the next one year, top executives at the French carmaker said. India will have to wait longer for the Kwid EV, as the company awaits clarity from the government on the country’s electric vehicle policy.
The small car is based on the CMF-A (Common Module Family-A) vehicle architecture, which has India as its home base. The car’s design has been done by engineers in Chennai. Chinese technicians are carrying out integration of its powertrain.
The Kwid EV will have a range of 250 kms. Compared with the Kwid sold in India, significant changes have been made to the body frame and chassis of the EV to meet crash regulations in China.
Carlos Ghosn, global chairman of the Renault-Nissan-Mitsubishi Alliance, was non-committal on the timelines on the India launch of the electric vehicle.
India is a very promising market and is part of the priority in Renault’s mid-term plan of 2022, he said, adding that the company believed in government statements on the potential for electric vehicles in the country. But at the moment, China offers a bigger market.
“We are business people, we look at the numbers. There are 27 million cars sold in China and 4 million in India. I go where the market is, and China is the most promising market right now for EVs — it is the largest market,” he said. “One day it (India launch) will happen; logically yes. We move step by step and the first step is China.”
Announcing the mid-term plan last year, Renault had committed to launch an electric vehicle in India.
The company is sticking to this commitment even as it is awaiting policy clarity, said Fabrice Cambolive, chairman of Asia Middle East and Africa at Renault. While the obvious choice is the Kwid EV for Indian, the company is also testing the Zoe EV as an alternative.
The main priority in India is to build volumes for the current Kwid model and ensure the forthcoming products in the mainstream market deliver on their volume potential, Cambolive said.