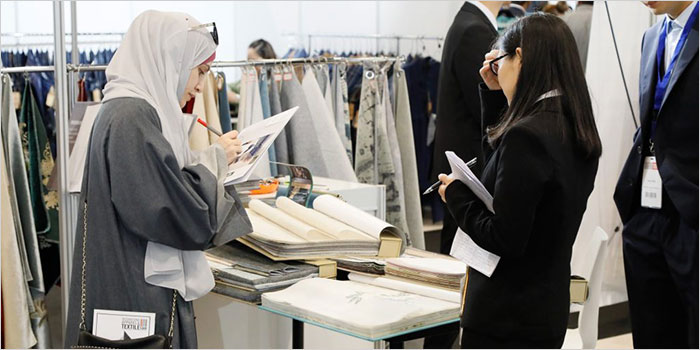 International Apparel and Textile Fair (IATF), the industry’s biggest showcase platform in the MENA region, the sourcing hub for fabrics, textile, apparels and more, with exhibitors from 14countries, is now selling its final spaces for its upcoming edition, which will be held from 12 – 14 November, 2018 at Dubai World Trade Centre, Hall 6.

Organized by Nihalani Events Management, nearly 110+ exhibitors have signaled their attendance for the 9th edition of the show. IATF will bring together manufacturers and their agents along with some nailed of the most influential buyers and designers to the MENA region. The event will provide an extensive platform to connect and network with industry professionals, create long and promising professional relationship and giving all exhibitors an opportunity to expand their business boundaries.

From the past eight editions, the event has been doing extremely well in connecting the market and expanding the trade to far end countries. An addition to this year is, Incalpaca from Peru who would showcase their alpaca yarn. Our new and past exhibitors would be showcasing fabric, haute couture and ready-made apparels and garments.Our exhibitors would be travelling from Turkey, China, Thailand, India and so on to name a few. They would also be introducing new fashion trends, color creations and design solutions to the Middle East and North Africa markets while making an impact within the industry.

The eight edition of IATFwitnessed a significant increase of 44% in attendance of visitors and 27% increase in exhibitors.UAE ranks the third largest country in terms of textile exports, making International Apparel and Textile Fair a much needed show in the region. The show had attracted around 3,000 buyers who were mainly from the UAE and GCC region. While a number of visitors came from Kuwait,Oman, Saudi Arabia, and Qatar, other buyers came from all across Asia, Africa, Europe, USA and Australia.IATF continues to prove itself as the one-stop platform to showcase the latest developments and emerging technology for in the textile and apparel industry.