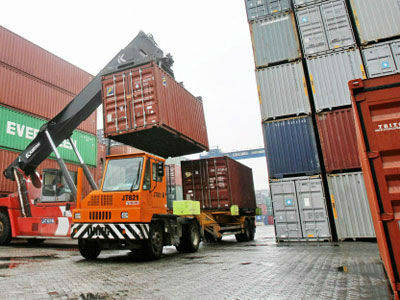 DUBAI: The Oman-India trade ties are set to grow further with the two sides willing to add figures on the ever high export-import trade last year, a media report said.

During 2012, India emerged as the top destination for Omani non-oil exports surpassing the UAE and Saudi Arabia, and non-oil exports from Oman to India jumped 48.1 per cent to 611.6 million Omani riyals from 413 million riyals in 2011, according to the Oman Daily Observer report.

Omani Companies in India are present in diverse areas like oil and gas, manufacturing, IT and telecom, hospitality, health care and financial services.

"India was the largest importer of Oman's non-oil exports in 2012 and we are expecting bigger numbers in the days to come," India's Ambassador to Oman JS Mukul was quoted as saying by the daily.

Bilateral trade between the two countries was around $ 5 billion in the financial year. According to the report, an investment bank, Alpen Capital, in May 2012 placed Oman as the second biggest GCC investor in India and recorded that Oman's cumulative FDI has grown from $ 24 million in 2005 to $ 340 million as of January 2012.

There is significant Indian presence in Oman across various sectors such as oil and gas, mining, manufacturing, IT and telecom, power and water, construction, real estate and consultancy, health care, warehousing and logistics, railway sector and steel, the report said.

The $ 969 million, Oman India Fertiliser Company (OMIFCO), India's largest Joint Venture abroad was established in 2002. Under a long term buy back agreement, India imports the entire production of 1.6 million tonnes of granulated urea and 0.255 million tonnes of ammonia from Sur plant. An agreement for revised price for supply of gas for the plant was signed during July 2012.