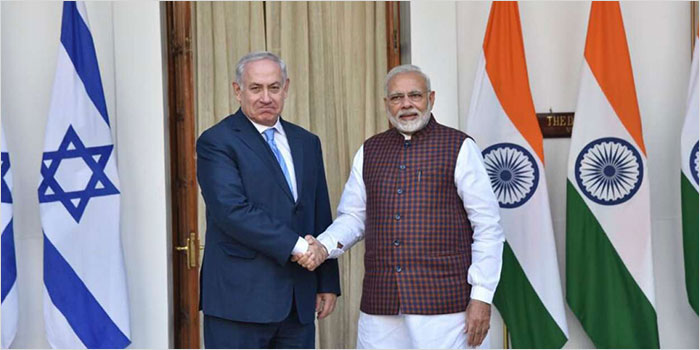 India and Israel’s diplomatic ties have seen a successful growth, making the former the latter’s largest trading partner. Their mutual necessities makes their partnership important, where India’s technological needs are supported by Israel.

This growing relationship moved a step further with 6 Israeli startups in the field of healthcare; agriculture and water management interacted with various Indian businesses through their innovative technologies.  The innovation week, 23-27 July was jointly started by India’s Prime Minister Narendra Modi and Benjamin Netanyahu, his Israeli counterpart. Israel Innovation Authority (IIA) and Invest India were also a part of this venture, displaying the flourishing relationship between the two nations.

"India and Israel are quickly becoming important partners to each other. There are many similarities that make both the countries compatible rather than competitors." said co-founder and Managing Partner of the Israeli office of A&G Partners and the Chairperson of the Israel-India Chamber of Commerce, Anat Bernstein-Reich.

She also added, India is working with Israel in many areas from setting up of dozens of centers of excellence across India in the areas of agriculture, manufacturing defense equipment, to cleaning of the Yamuna and Ganga with the help of Israeli technologies; Israel is fast becoming India's technological partner,"

Over the past few years the partnership between the two nations moved uphill,  noting the various visits of the Prime Ministers and Presidents of both the countries. The two have also signed an agreement to start a fund by contributing USD 4 million each annually for a period of five years, facilitating the innovation program.

This startup venture has powered both the countries development and trade immensely, making them realize that their collaboration is beneficial for growth beyond diplomatic relations.

The India-Israel Innovation Bridge is managed by the Israel Innovation Authority, the Department of Industrial Policy and Promotion (DIPP), Ministry of Commerce & Industry, Govt. of India and Invest India. The program was designed to assist Israeli companies to advance their technologies and develop, adapt and commercialize their innovation in the India sub continent.