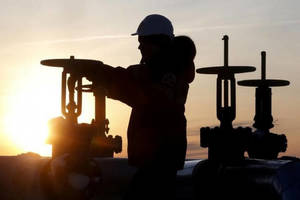 Indian Oil Corp chairman said OPEC needs to pay more attention to the oil prices and reduce them or it will find itself with less demand, adding that the negative effect on demand will become more evident in the longer run, with as much as 1 million bpd in Indian demand erased by a switch to natural gas and electric cars by 2025.

Most of the oil India consumes is imported, which makes it extremely sensitive to changes in international benchmark prices. The country already asked OPEC to take the lid off production earlier this year, and OPEC heeded the call. Yet prices are once again rising to levels that from the Indian perspective are unreasonable, as Dharmendra Pradhan the Petroleum Minister called them.
The drivers behind this latest rally smack of a perfect storm: a deadline for U.S. sanctions drawing nearer and the U.S. pressuring its allies to cut imports from the country to zero; a production outage in Libya that’s taken off most of the country’s production offline; and another outage, in Canada that has dented production by more than 300,000 bpd.
The Iran problem is the most sensitive for India, which has maintained good relations with both the United States and Iran. Initially, when President Trump announced that the U.S. will quit the Iran nuclear deal, India was defiant. Later on, when the implications of going against the world’s biggest financial system became apparent, New Delhi folded, sparking criticism both at home and in Iran.
The situation is indeed possible in finding alternatives to crude oil, and consumers in India are certainly looking for them. That should be good news for the EV industry and other alternative technologies. Some observers are skeptical that alternatives to fossil fuels will catch on quickly enough—but then, IOC’s chairman said, economic growth nor oil demand growth is not a given.
Sanjiv Singh said, “We have told OPEC, kindly don’t think growth will come only because everyone is projecting it. It is heavily linked with prices.”