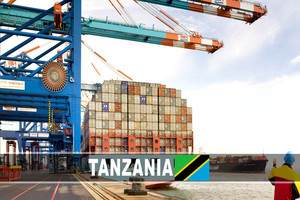 Government of India has put in place a comprehensive plan to increase the share of global trade to 40% of GDP which is expected to touch 5 trillion by 2025 - of which $3 trillion is expected to come from the services sector, and $1 trillion from manufacturing and agriculture. The government is promoting exports in a big way through a multi-pronged strategy for market penetration, market research, and new products and markets.

Exhibitions and Trade events like the Buildexpo are being organised in African countries like Tanzania, Kenya Rwanda and Ethiopia and also in Central and South American countries to find new markets and to introduce new products. Because of these measures, exports are continuously registering growth.

The new industrial policy will have exports as a thrust area for manufacturing. Work is also on to identify clusters traditionally known for exports of certain products. An informal inter-ministerial group that will meet every quarter to push for exports, to resolve difficulties and assess the progress across sectors has been set up. Each ministry and department will be expected to set targets for increasing exports of their product and product groups in 2018-19.

India's apex body for exporters said that  exports are expected to record a growth of about 15-20 per cent and touch USD 350 billion in the current fiscal on account of a host of factors including rise in commodity prices. Federation of Indian Export Organisations (FIEO) sources said despite increasing global protectionism, the country’s exports would continue to register healthy growth rates. Growth is looking promising this fiscal. Indian exports, which are hovering at around USD 300 billion, should show 15-20 per cent growth so as to reach USD 350 billion in this fiscal.

The government has also been encouraged by trade bodies and associations to provide fiscal and non-fiscal incentives to boost the shipments in both advanced and emerging markets. Apart from domestic measures to increase exports, the government is also expected to soon open 10 offices in Indian missions in Africa for accelerating export promotion activities.

The conference of heads of Indian missions is scheduled, in which trade promotion measures will be discussed. Although exports have grown in the past year, a quantum jump is required. All-out efforts will be undertaken to attain this end.