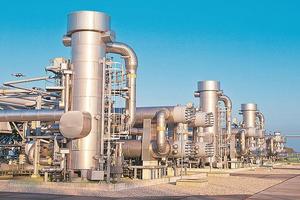 After the ninth round of bidding, which will see a quarter of the country brought under the gas network, Gujarat will become the first Indian state to get completely covered under the piped gas distribution network.

Petroleum and Natural Gas Regulatory Board Chairperson D K Sarraf said “Gujarat already has 84.31 percent of its area under the city gas distribution (CGD) network, and will see the remaining area covered after the ninth round of bidding which opened last month”
He added after the project is completed, India’s overall penetration will go up in terms of geographical areas, from existing 11 percent to 24 percent, covering 29 percent population from existing 19 percent.
“In Gujarat, 84.31per cent area and 87.37 percent of the population residing in the area are already covered under the CGD network.
After the ninth round of bidding, 100 percent of geographical area and population in Gujarat will be covered under the network,” Sarraf told reporters.
Sarraf added that CGD has been given the priority for access to cheaper domestic gas promotes natural gas consumption in kitchens and for vehicles in the state.
Sarraf further stated “Domestic gas is cheaper, imported gas is costlier. CGD has been put on the highest priority to avail domestic CNG and PNG. Others will have to depend on imported gas,”.
In the ninth round of bidding, 14 additional districts, 6 complete and 8 part, will be covered under the CGD network in the state, including Mahisagar, Morbi, Gir Somnath, Kheda,  Junagadh, Narmada, and Tapi.