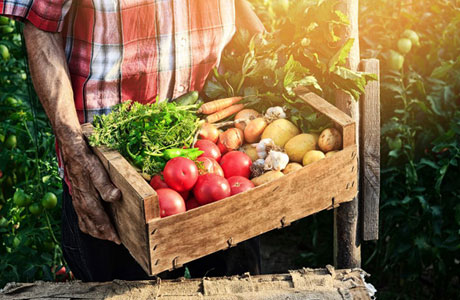 The export of organic produce from India is seen an remarkable 20 percent rise this fiscal year, thanks to a new attitude towards health foods on a global scale. The increased demand for foods free of chemicals and pesticides has even encouraged the government’s plans to prioritize sustainable farming activities.

According to figures released by the Agricultural and Processed Food Products Export Development Authority, organic products worth a whopping Rs. 30 billion were exported in the last fiscal year. This represents a marked improvement on the Rs. 24.77 billion figure in 2016-17.

The main products being exported include flax seeds, sesame and soybeans. Other products like rice, tea and medicinal plants also attract a substantial demand, according D.K. Singh, Chairman of APEDA.

"People around the globe are getting more conscious of what they are eating. They are switching to organic products as they do not want chemicals in their food. Compared to the overall agriculture export, the share of organic products is less. But the rate of growth is quite impressive," Singh told IANS.

Singh has also estimated the organic products market to be worth between Rs. 300-500 billion over the next 10 years.

Neeraj Adiman, the ministry’s joint secretary also reported that 20,000 hectares of land has been procured for organic farming purposes in the last three years.

"There is a rising awareness among farmers about maintaining soil fertility. In addition, organic products fetch better remuneration. We have achieved the target of 200,000 hectares of land under the PKVY. Now, we have to bring over 400,000 hectares by 2019-20," Adidam said.