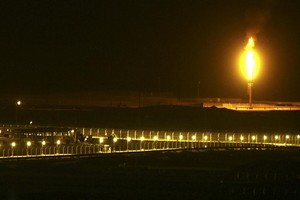 The world's third-largest oil consumer, India, said on it had received assurances from the world's top oil exporter Saudi Arabia it would ensure adequate supplies to keep a lid on soaring oil prices.

The statement came as oil prices rose back to $80 per barrel for the first time since 2014 due to rising concerns over disruptions to Iranian oil exports because of new U.S. sanctions and due to plummeting output in Venezuela.
Dharmendra Pradhan the India's Petroleum Minister said that Saudi energy minister Khalid al Falih had assured him Riyadh and other producers would "ensure availability of adequate supplies to offset any potential shortfalls and ensure that prices remain reasonable".
"I expressed my concern about rising prices of crude oil and its negative impact on consumers and the Indian economy and reiterated the need for stable and moderate crude oil prices," Pradhan said.
India is one of the world's fastest-growing energy consumers and its oil use only lags behind the United States and China.
OPEC and its ally Russia have cut their output since January 2017 to help reduce excessive global stockpiles.
So far OPEC has said it saw no need to ease output restrictions despite global stocks falling to its desired levels and despite consuming nations voicing concerns the price rally might have gone too far and could lead to demand destruction.
OPEC member the United Arab Emirates said on Thursday OPEC had bigger issues to consider than the impact of the U.S. decision to withdraw from the international nuclear deal with Iran such as Venezuela's collapsing output.
U.S. President Donald Trump has also called on OPEC to help cool oil prices saying they were artificially high and that it was "unacceptable".