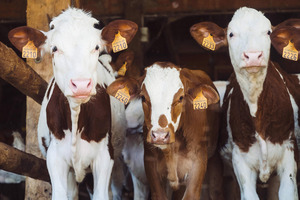 Indian Agricultural Ministry and the Russian government are in talks to accomplish testing and clearing of Indian fish, dairy, and meat processing units for exports to fulfill the longtime demand of Indian food processors who are keen to tap the market.

“Russia is in the process to approve several processing plants for dairy, meat, and fish. This will give market access and lead to a rise in exports,” said an agriculture ministry official. “We have come at a basic understanding of issues from veterinary and health, phytosanitary measures and certification procedures etc,” said the official.
According to the official, there have been deliberations between the two countries and the ministries in the last month. Indian exporters are eyeing at markets to expand and Russia has the potential for the same.
Marine exports have seen a 25 percent growth in the last 3-4 years, with over 1.2 million tonnes, valued at Rs 40,000 crore, being exported in 2016-17. We are the largest exporter of shrimps to the European Union and the US, and Russia can be the next market,” the official said as per a news report.
“Opening of the Russian market for Indian dairy sector will be a good opportunity for India farmers. There is a market of over 2 lakh tonnes only for cheese, which we can tap,” said Parag Milk Foods chairman Devendra Shah.
The spokesperson for All-India Meat and Livestock Exporters Association, Fauzan Alavi, said Russia only wants Indian companies to comply with the animal health requirements as per OIE Terrestrial Animal Health Code, and have a foot-and-mouth disease-free notification for two years from the state.
“Indian manufacturing units are very modern and it will be a huge boost for units in Uttar Pradesh and Telangana if they are allowed to export,” said Alavi.