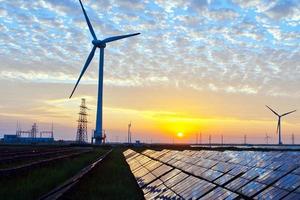 India and the United States decided to increase its co-operation in oil and gas, power, renewable energy and coal sectors during the first meeting of the US-India Strategic Energy Partnership.

Prime Minister Narendra Modi and US president Donald Trump had announced the partnership on June 26, 2017, in Washington, D.C. Through the partnership, the United States and India together seek to enhance energy security, expand energy and innovation linkages across respective energy sectors, bolster strategic alignment, and facilitate increased industry and stakeholder engagement in the energy sector, the government said in a statement.
US Secretary of Energy Rick Perry and Indian Minister of Petroleum and Natural Gas Dharmendra Pradhan co-chaired the inaugural meeting of the US-India Strategic Energy Partnership. "India and the United States will pursue four primary pillars of cooperation: Power and Energy Efficiency, Oil and Gas, Renewable Energy and Sustainable Growth; and Coal. Both parties based on mutual agreement may consider establishing additional pillars of cooperation," Pradhan said.
Meanwhile, Perry indicated that recognizing the significance of civilian nuclear energy for meeting the growing global energy demands in a cleaner and more efficient manner, India, and the United States are engaged in the implementation of the 2008 Agreement for cooperation concerning peaceful uses of nuclear energy. "In this regard, the two sides reaffirm their strong commitment to the early and full implementation of our civil nuclear partnership, including the Westinghouse civil nuclear project at Kovvada. Cooperation in this area is being pursued through relevant bilateral mechanisms," said an official statement.
Perry indicated that Westinghouse Electric Co. is emerging out of bankruptcy. The company was supposed to deliver six nuclear reactors to India. The future of Andhra Pradesh project was under the cloud after Westinghouse filed for bankruptcy in March after a cost overrun of around $13 billion on two of its projects in the US.
“Westinghouse is the best reactor company in the world. They are into reactor business and not construction business and are on the verge of having the business issues addressed,” Perry said. He added that the choice is in India on whether they want the best reactor in the world or not. Both the countries are already in talks to strike a deal on partnerships in India’s strategic reserves.
This comes at a time when India imported around 12 million barrels of crude oil from the United States in last six months and India imported its first LNG consignment from the US in March. "In LNG and crude oil we are expecting bilateral trade to the tune of around $3 billion and Indian companies are looking for investments in upstream sector in the United States," Pradhan said.