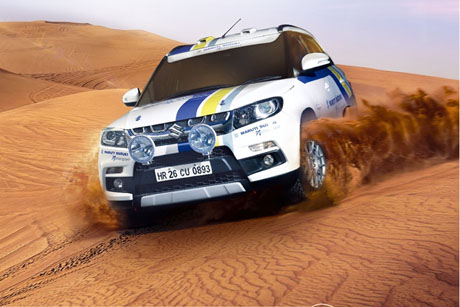 Deepankar Banrjee, chief executive officer of ExxonMobil India said, “Mobil’s name is synonymous with commitment to performance and leadership in technology. It is this legacy as a product technology leader that enables us to work side-by-side with leading OEMs around the world.”

Banerjee was quick to express his delight at partnering with Maruti Suzuki Motorsport for a fifth consecutive year, describing the partnership as a shared commitment to excellence. “Extending this relationship for another season, has been a natural choice for both” he was quoted saying.

Kapil Mittal, director of Market Development for ExxonMobil lubricants in India also weighed in saying “We are delighted to continue our partnership with Maruti Suzuki India as their official lubricant partner for this event for the fifth time in a row.”

“Mobil has partnered with leading automakers and award-winning race teams across the world – motorsports excites us as much as any enthusiast.”