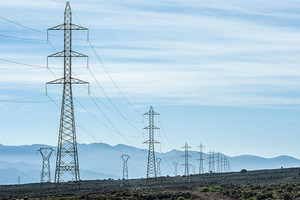 Between 2017 and 2022, India is likely to attract a massive investment of Rs 11,55,652 crore in power generation sector in the five-year period for setting up projects across thermal, nuclear, hydro, and renewables segment.
“A total capacity addition of 58,384 Megawatt (MW) from conventional sources has been envisaged for the period 2017-2022, consisting of 47,855 MW of coal-based power stations, 406 MW of gas-based power stations, 6,823 MW of hydropower stations and 3,300 MW of nuclear stations,” Central Electricity Authority, the power ministry’s planning wing, said in its National Electricity Plan (NEP) report.
In addition, the government is also targeting increasing the country’s renewable energy capacity to 1,75,000 MW by 2022. Of this, 1,17,756 MW is expected to be set up during the period through 2022. The report also said that no additional fund will be required for gas-based generation capacity as the construction of these plants has been completed and could not be commissioned so far due to non-availability of domestic gas.
The total fund requirement of Rs 11,55,652 crore for 2017-22 includes Rs 8,52,804 crore investment in projects likely to be commissioned during this period and Rs 3,02,848 crore expenditure needed with respect to advance action for projects likely to be commissioned in the next five year period (2022-27). Of the Rs 8,52,804 crore to be spent through 2022, Rs 1,42,566 crore would be needed for central sector projects, Rs 92,889 crore for state sector projects and Rs 6,17,349 crore for private sector projects. The CEA said, “In this estimation, it is assumed that all the renewable projects will be implemented by private developers”.
In order to assess the fund requirement for generation projects, CEA considered the year-wise phasing of expenditure. It estimated the cost per MW for the year 2017-18 based on present-day cost and escalated it further at an annual escalation rate of 4 percent. “However, in view of the recent trend, the capital cost per MW in case of solar, wind and biomass-based power projects has been pegged at the present-day level without any escalation in subsequent years,” the report said.
According to CEA’s estimate, for the total Rs 11,55,652 crore investment, developers will have to infuse equity to the tune of Rs 2,98,435 crore and arrange for a total debt of RS 8,57, 216 crores. The sources, available to the developers for debt funding include scheduled commercial banks, financial institutions like Power Finance Corporation (PFC), Rural Electrification Corporation (REC), Life Insurance Corporation (LIC), Bonds, foreign currency loan from World Bank, ADB, KfW, EXIM Bank and also from foreign equipment manufacturers.
“It is also expected that funds including foreign funds from private players would also be invested through Infrastructure Investment Trusts (InvIT). The Subordinate Debt or grant from the government may also be available to some projects to be developed by PSU or States,” CEA said.
The government also estimates that an investment of around Rs 9,56,214 crore will go into setting up the targeted 1,65,220 Mw generation capacity between 2022 and 2027. This consists of 46,420 MW of thermal projects, 12,000 MW of hydro projects, 6,800 MW of nuclear projects and 1,00,000 MW of renewable energy projects. This estimate does not include investment related to advance action for projects likely to be commissioned in the next five-year period (2027-32).