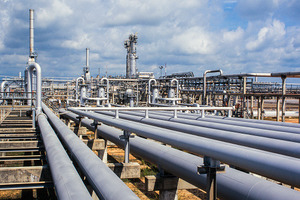 Natural gas has the potential to play an important role in greater bilateral trade between India and Cyprus in the years to come.
"India is a major natural gas importer and here Cyprus may play a role in exporting gas to India," said Cyprus High Commissioner to India Demetrios A Theophylactou.
He, however, clarified that no serious dialogue has been going on at present between the two countries in this regard.
India expects to double share of natural gas in the country s energy mix to more than triple imports to 70 million tonnes per year by 2022 for which more terminals are being planned.
Cyprus, an island country in the Eastern Mediterranean, has also made promising offshore gas discoveries.
Merchants' Chamber vice-president Vishal Jhajharia said in 2015-16, bilateral trade between the countries was USD 107 million.
However, Cyprus was the eighth largest investor in India with cumulative foreign direct investment (FDI) of USD 8.5 billion in varied sectors.
Theophylactou said that India-Cyprus Double Taxation Avoidance Agreement will work out to be more positive in the long run.
He said it is a tool to provide impetus to attract investors as it brings certainty, security, and stability to their investments.