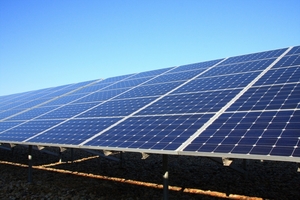 Coal India Ltd, the world’s largest coal miner, plans to set up 20,000 megawatts (MW) of solar projects over the next 10 years

It is estimated that at a per-MW cost of around Rs4.5 crore, Coal India will require an investment of around Rs90,000 crore to set up this capacity.
Gopal Singh, chairman and managing director of Coal India said “If you look beyond 2050, one priority is to reach over to renewable energy,” adding that the miner has the 40,000 hectares of land required to set up such a large solar capacity.
“Affordability is a big factor for us,” he added.
Such a large green capacity addition will help boost India’s clean energy commitments. India, the biggest emitter of greenhouse gases after the US and China, plans to reduce its carbon footprint by 33-35% from its 2005 levels by 2030, as part of its commitments to the United Nations Framework Convention on Climate Change adopted by 195 countries in Paris in 2015.
India plans to achieve 175 gigawatts (GW) of renewable energy capacity by 2022. Of this 100GW is to come from solar projects.
With India setting in place a new energy architecture, Coal India’s diversification drive includes setting up coal-to-methanol projects and coal gasification projects. It also plans to monetize wastewater by distilling it and selling it to the Indian Railways.
In another development, the state-run firm that accounts for 84% of India’s primary fuel production, will register a 2.52% or 14 million tonnes (mt) increase in coal production for the current financial year to reach 568mt. Also, the quantum of coal dispatched in 2017-18 is expected to reach 580.50mt as compared to 543.32mt in 2016-17.
“This year is going to be a milestone year,” Singh said.
This comes in the backdrop of an unexpected surge in coal demand from power plants during August-September.
Surplus coal output in the wake of muted demand from power plants last financial year had resulted in coal stocks of around 68.4mt and forced the state monopoly to slow down production. This led to an unexpected shortage after demand picked up from power stations due to low nuclear and hydropower generation.
“It is not the production that matters but the supply of coal that matters,” Singh said, adding, “our bottom line depends on the offtake and dispatch.”
According to the Geological of India, the country has an estimated 315 billion tonnes of coal reserves. The country mined 655.31mt of coal in the last financial year as compared to 3.5 billion tonnes mined by China.
“If we have so much of reserves, there shouldn’t be a shortage,” Singh remarked.
Coal India has set a target of mining 650mt of coal in 2018-19. Of the 2.7mt of coal mined by it every day, 1.8mt is dispatched. It doesn’t make economic sense for the miner to hold a large quantum of coal in stock, due to the fuel being combustible.
“Currently, about 94% of the mining is being done by government-owned entities Coal India Ltd and Singareni Collieries Company Ltd. Despite the recent increase in domestic coal production, India still meets a fifth of its annual requirement through imports, which cost about Rs 1 lakh crore,” according to a 6 March statement from credit rating firm Crisil Ltd.
As part of its attempts to improve efficiency, Coal India has introduced a staggered weekly off for its 298,000 workforces since October last year. This, in turn, has ensured round-the-week operations.