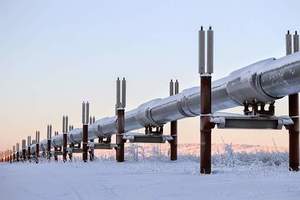 A Myanmar government official said that India has proposed to build a pipeline from the country's east coast to deliver oil products, mainly diesel, to Myanmar.

"We have already connected pipelines to Thailand and China, and we considered connecting (oil) pipelines to India as well as Bangladesh. This is under consideration to share petroleum products," Zaw Aung, director general of the Ministry of Electricity and Energy's oil and gas planning department, said at the OTC Asia conference.
A working group has been formed by Myanmar and India to look at issues such as security, land and oil storage, and how to price the fuel and the oil's specification, he told Reuters.
Myanmar currently imports about 100,000 barrels per day (bpd) of diesel and gasoline mainly from Singapore, Zaw Aung said and produces only 12,000 bpd of oil locally.
The country has invited investors to build refineries but the high land cost is one of the main issues to overcome, he said.
The country has also held its first round of talks with China and Bangladesh to discuss building an electricity transmission grid across borders to ease power shortages, Zaw Aung said.