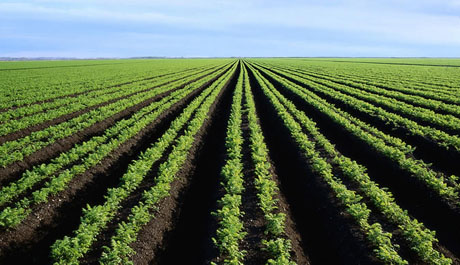 The African Development Bank (AfDB) is in talks with the Exim Bank of India over a $5 billion dollar fund that will support a project aimed at improving the state of the agriculture sector by increasing productivity and providing more jobs to propel the continent’s economy to more holistic growth.

The Exim Bank of India published a paper last May underling a goal to infuse a sum of $5 billion to be sourced from the country's foreign exchange reserves.

"The country's reserves are in the region of $375 billion. The proposed amount of $5 billion constitutes less than 1.5 per cent of the reserves, and would not dent the foreign exchange reserves position."

The Exim Bank hopes to see the fund act as a channel for more promotional activities in Africa’s agricultural sector, while also meeting India’s tremendous demand for pulses and oilseeds. The AfDB said that, in 16 countries, the sector accounted for more than 30 per cent of output, and in Liberia and Sierra Leone in the West Africa region, more than 48 per cent.

The working paper also goes on to suggest that African economies could further avail developmental assistance from India and receive aid in bettering their agricultural infrastructure.

"This approach would mitigate the risks associated with upfront investments of the Indian investors. The lease rentals could serve as cash-flow to service the debt," Exim Bank said, adding, "Indian investors would require funds to pay upfront lease rentals, besides sourcing of agricultural inputs and implements."

The funding requirements could be met through the utilization of the Exim Bank’s Overseas Investment Finance programme. There has also been a call to create an India-Africa Agriculture Development Fund, whose primary purpose will be to provide support to Indian investments in the agricultural sphere of Africa.

"This would entail setting in place an appropriate institutional mechanism for the management of this fund. It is here that the role of the country's apex export finance institution, viz., Exim Bank, could gain significance since it has been actively financing overseas direct investment through its flagship programme," Exim Bank said.

In addition, it said, the funds could be utilised to extend medium to long term foreign currency finance to Indian enterprises planning to invest in the African agriculture and allied sector.