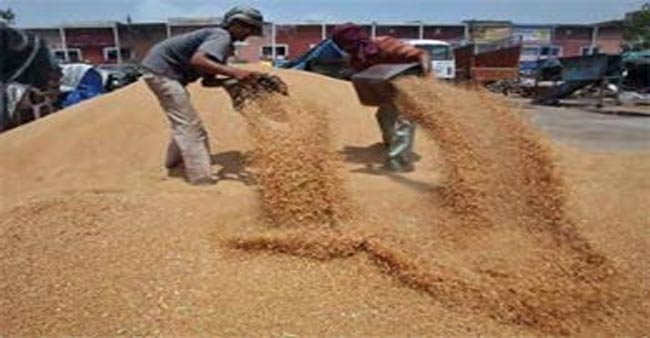 State-run entities such as MMTC, STC and PEC would soon start inviting tenders to export about 2 million tonne from the Central pool stocks.

Wheat stored in Food Corporation of India (FCI) godowns in the ports of Kakinada, Mundra and Kandla will be shipped out to overseas buyers by March 2014, an official said. The Cabinet Committee on Economic Affairs had approved the export of 2 million tonne wheat last month.

Buoyed by the earlier response to wheat exports, the Government is expected to retain the floor price at $300 per tonne to test the market response. However, the prevailing global prices are lower by 20-30 per cent for wheat originating from Black Sea countries like Ukraine and Russia and comparable to the Indian variety.

The Black Sea origin wheat for feed purpose is quoting at $230 per tonne, while the milling variety is fetching $240 a tonne, an analyst said.

For financial year 2012-13, about 4.24 million tonnes of wheat was exported from the Government stocks and the average realised price stood at $311.38 per tonne. Besides helping earn the foreign exchange, the wheat exports are expected to help FCI create storage space for the upcoming kharif rice stocks. The exports would also help FCI save the storage and handling costs of about Rs 25 crore per lakh tonne.

Wheat exports from India have slowed down in recent months as buyers mainly from the Far East had switched over to the cheaper grain from Black Sea. Total exports in the current fiscal including the shipments by private players were estimated at around 2 million tonne.