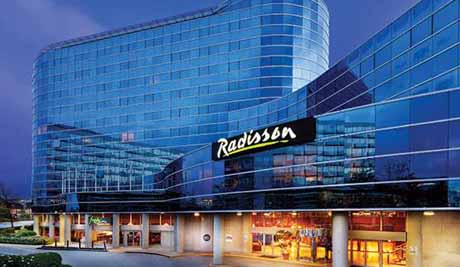 Radisson Hotel Group is planning to bring a new luxury brand to India. The Radisson Group currently operates 89 hotels in the country and is in the process of bringing its latest luxury brand “Radisson Collection” to the nation. The brand was introduced internationally on Monday as part of a brand makeover. Radisson already has established its presence in upscale and midscale economic segments in India through five different brands. The Radisson Group will mark its entry into the luxury segment with this latest venture, a top executive said.

It was also revealed that some existing Radisson Blu properties will be used for this project, while others will be built from the ground up. . “We realise that Radisson is a powerful brand equity which is recognised on a global level. We are going to change the name of our mid-scale brand Country & Suite by Carlson to Country & Suite by Radisson. This is to align the brand identification of our mid-scale brand to the core Radisson brand,” Raj Rana, Chief Executive (South Asia), Radisson Hotel Group said

This move will be expected to strengthen its brand recall in India and will push growth in the mid-segment where many international players have a strong presence. “We are assessing some of our existing Radisson Blu hotels to convert to Radisson Collection. We are converting Radisson Blu in Agra to Radisson Collection in the coming months. Besides, we are also looking for newer opportunities,” Rana said, adding around five to seven hotels could be converted with the “right amount of upliftment.”

Radisson is one of the three biggest hotel chains in India alongside Taj and Marriot. Carlson Rezidor Hotel Group, based in the US operates 1,400 hotels worldwide, recently rebranded as the Radisson Hotel Group.

Amazon is looking to dipÂ into India's agriculture market.